Is Ukraine conducting a sabotage campaign inside Russia? 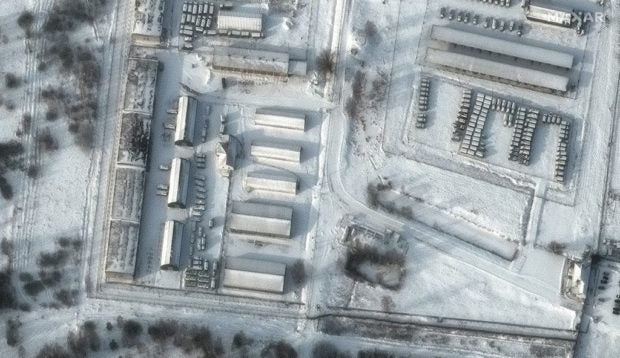 A deadly fire at an aerospace research institute in Tver, northwest of Moscow. Another blaze at a munitions factory in Perm, more than 1,100 kilometers (680 miles) to the east. And fires in two separate oil depots in Bryansk, near Belarus.

Coincidences, or a sign that Ukrainians or their supporters are mounting a campaign of sabotage inside Russia to punish Moscow for invading their country?

Since the blaze at the Central Research Institute of the Aerospace Defense Forces in Tver on April 21, which killed at least 17 people, social media has leapt on every report of a fire somewhere in Russia — especially at a sensitive location — as a sign that the country is under covert attack.

No one is claiming responsibility, but analysts say at least some of the incidents, particularly those in Bryansk, point to a possible effort by Kyiv to bring the war to their invaders.

In a post on Telegram, Mykhaylo Podolyak, a senior advisor to Ukrainian President Volodymyr Zelensky, called the fires “divine intervention.”

In a massive country such as Russia, a fire at a remote factory or building would normally not be particularly eyebrow-raising.

But since Russian forces invaded Ukraine on February 24, more than a dozen blazes noted by people who document the war have drawn huge attention on social media, amid fears there is a concerted campaign of arsonous terror by the Ukrainians.

Even fires late last month in Russia’s far east — at an airbase north of Vladivostok and at a coal plant on Sakhalin — raised suspicions.

And on Wednesday, a massive conflagration struck a chemicals plant in Dzerzhinsk, east of Moscow.

“Russian saboteurs against Putin continue their heroic work,” said Igor Sushko, a Ukrainian racecar driver who regularly posts photos and videos on Twitter of alleged acts of sabotage inside Russia — but offers no proof they were deliberate.

Another Zelensky advisor, Oleksei Arestovych, was equally opaque to The New York Times, noting that Israel never admits its covert attacks and assassinations.

Part of the strategy?

War analysts believe the infernos in Bryansk, which hit facilities sending oil to Europe, were deliberate and tied to the war.

The anonymous analysts behind “Ukraine Weapons Tracker,” a Twitter account that posts detailed accounts with supporting videos of attacks by both sides, said they received “reliable” information that the Bryansk fires were the result of attacks by Ukrainian Bayraktar drones.

“If accurate, then this story again shows the ability of Ukrainian forces to conduct strikes in Russian territory using long-range assets,” they wrote.

“I think it was probably a Ukrainian attack, but we cannot be certain,” Rob Lee, another war analyst, told The Guardian.

Added to that have been a number of apparent shellings by helicopters and drones and evident acts of sabotage against infrastructure in Kursk and Belgorod Oblast on the Ukrainian border, close to the fighting.

The governors of Belgorod and Kursk have both blamed the fires and destruction of infrastructure such as railway bridges on saboteurs and attackers from Ukraine.

An April 1 attack on a Belgorod fuel depot, Governor Vyacheslav Gladkov said on his Telegram channel, was the result of “an air strike from two helicopters of the armed forces of Ukraine, which entered the territory of Russia at a low altitude.”

“Nothing that would confirm Ukrainian sabotage, except for the fact that many of the fires seemed to hit strategic/military targets,” said Phillips O’Brien, professor of strategic studies at the University of St Andrews, Scotland.

Such attacks “certainly seem to be a part of their strategy,” he said.

Pentagon officials have said that Russian forces inside Ukraine are hobbled by weak supply chains, and attacks on their infrastructure would further affect their war effort.

But US officials would not comment on whether, deeper inside Russia, there is an active campaign of sabotage hitting targets not-so-directly related to the invasion.