Isko Moreno gets warm welcome from 15,000 supporters in rainy Leyte 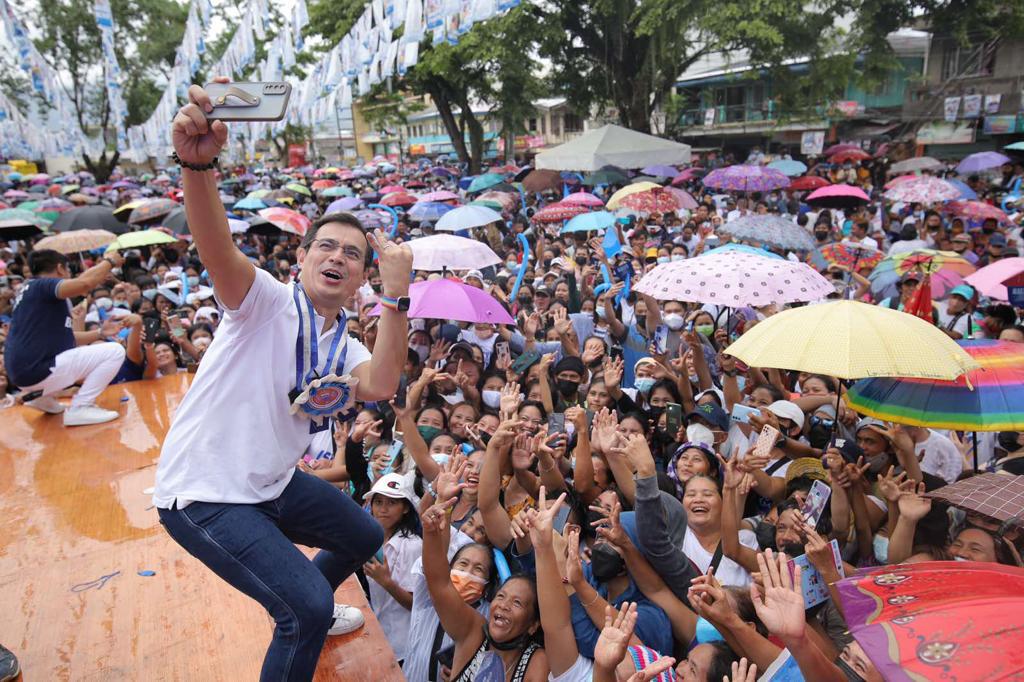 MANILA, Philippines — Just like in Cebu, rain failed to dampen the excitement of Leyteños as they flocked to the plaza of  Sogod town Thursday to personally see, hear and shake the hand of Aksyon Demokratiko standard-bearer Isko Moreno Domagoso, whose mother Rosario “Nanay Chayong” Moreno, is a native of Maasin town in Southern Leyte.

Moreno spoke before some 15,000 Leyteños who expressed their love for the Manila city mayor for his swift action in sending relief food packs and boxes of bottled water after the onslaught of Typhoon Odette on Dec. 16, 2021.

Moreno recalled before Sogod residents that his wife, Dynee Domagoso went to Southern Leyte last January 6 where she led the distribution of food packs to typhoon-affected residents of Barangay Tampoong in Sogod town and Barangay Cabulihan in Maasin town.

Moreno thanked Sogod Mayor Imelda Uy Tan and her husband, Shefferd, for the warm welcome and reception they extended to him and the rest of Team Aksyon Demokratiko which include his running mate Dr. Willie Ong, senatorial bets Carl Balita, Samira Gutoc and Jopet Sison, and guest senatorial candidate John Castriciones of PDP-Laban. 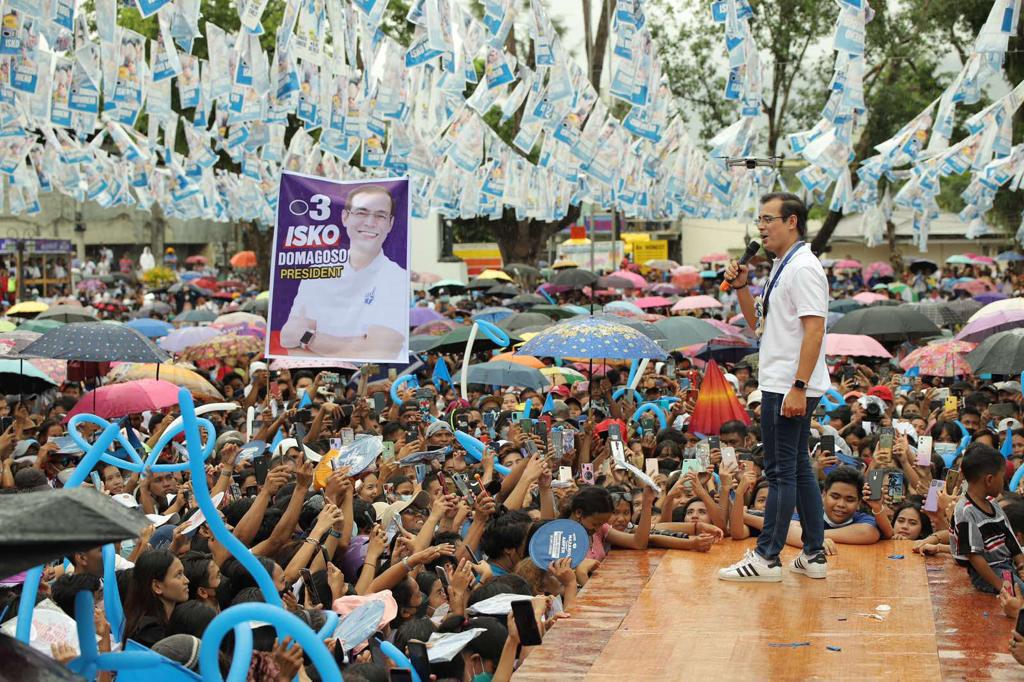 Asked why he opted not to have a campaign sortie this Friday with still one day before the scheduled meeting de avance, Moreno said: “As what I have promised, we will continue to reach as many people as possible. Tomorrow we’re gonna talk to a lot of people over the phone and physically tapos preparation na ng ating Miting de Avance.”

Before attending the rally at the Sogod Town Plaza, Moreno paid a courtesy call to Mayor Tan and Vice Mayor Jose Ramil Golo at the municipal hall where the former basurero from Tondo was mobbed by thousands of Leyteños who patiently waited for his arrival despite the bad weather.

Earlier in the day, Moreno also paid a courtesy call to Southern Leyte Governor Damian Mercado following his arrival in the province Thursday.

In an interview with reporters, Moreno assured his all-out support for Leyte’s agricultural industry and the improvement of their infrastructure and basic utilities in order for them to attract other industries and investors.

Knowing fully well that Leyte is frequented by typhoons every year, Moreno vowed that a government under his watch will build more disaster-resilient evacuation centers to accommodate displaced individuals in times of calamity.

Leyte is home to the stunning Kalanggaman Island and its white powdery sand beach, the longest bridge in the country, and a historical World War II site. Aside from these, the province is also a top destination for diving, waterfalls, and more stunning beaches.

The main agricultural products of Leyte province are copra, abaca fiber, banana, rice, corn, fruits, vegetable, and poultry meat while the main marine products include tuna, flying fish, mackerel, shells, and lobster. The main handicraft products are ceramics, and items made from abaca, coconut and bamboo.

Agriculture is one of the main pillars of Moreno’s 10-point Bilis Kilos Economic Agenda, which will be his administration’s guiding principles to accelerate human and economic growth if elected president.

Moreno aims to raise the income of farmers to the level of average Filipino workers by lowering the cost of agricultural production; providing risk-free capital; building more irrigation systems while improving the efficiency of existing ones; and establishing the Department of Fisheries and Aquatic Resources, among others.

To ensure farmers of their income, Moreno said his administration will buy the surplus produce of farmers at the right price; issue clear guidelines on the strict importation of agricultural products to make sure that local producers can sell their products first before importation is made, and clamp down on smuggling of agriculture products to protect the interests of local producers.