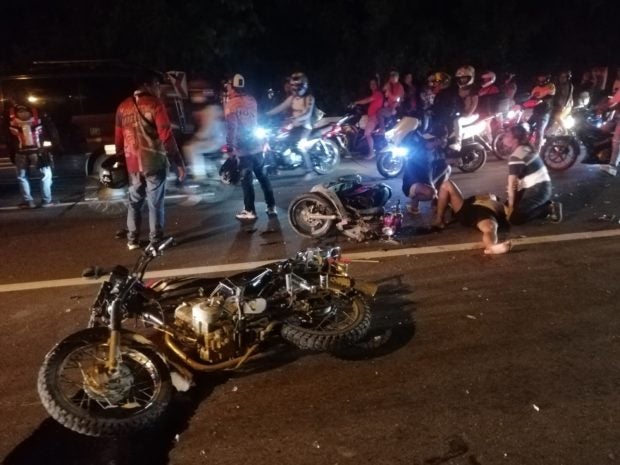 NAGUILIAN, Isabela––A village councilor died, while three others were injured Sunday due to a three-vehicle collision here, police said.

An initial investigation showed that Atchure was driving a motorcycle after attending the grand rally of presidential candidate Ferdinand Marcos Jr. in Ilagan City when it was hit by two other motorcycles at Barangay San Manuel in this town.

Atchure was declared dead on arrival at a hospital while his backrider, identified as Gangalan village councilor Elizabeth Pascua, suffered injuries.