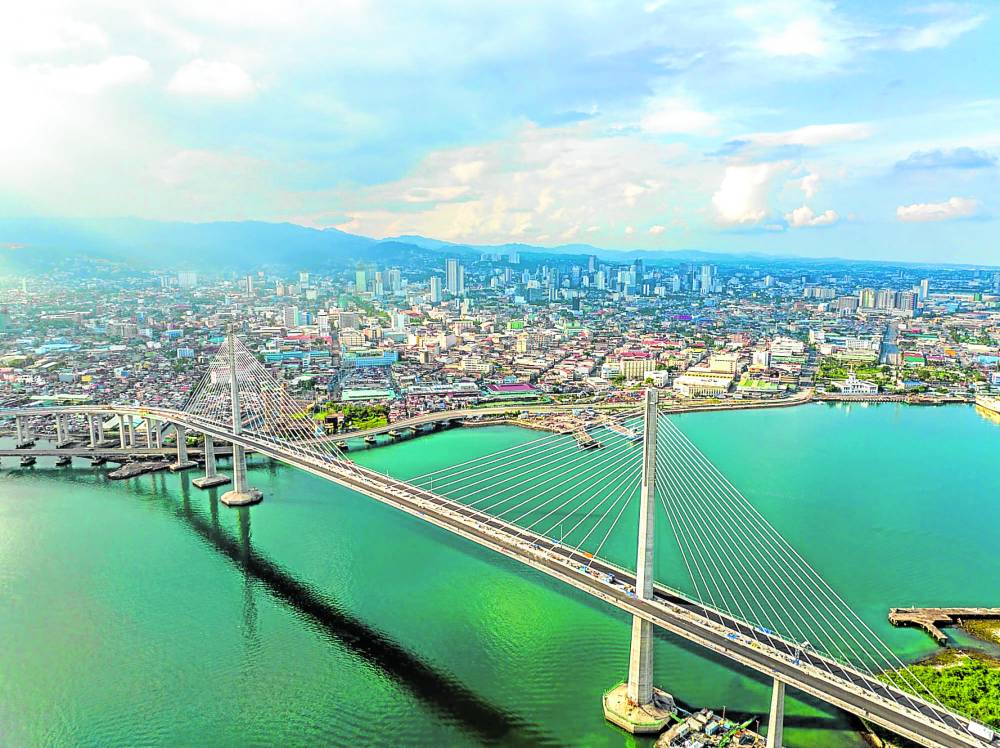 CEBU CITY — After four years, the 8.9-kilometer bridge that connects Cebu City in mainland Cebu to Cordova town on Mactan Island was inaugurated by President Duterte on Wednesday.

Cebu-Cordova Link Expressway (CCLEx), a major infrastructure project and Cebu’s newest landmark, was envisioned to not only decongest traffic in the two existing bridges in Cebu but also to increase economic activities. The bridge will be opened to the public by month’s end or early May.

While the bridge is not part of the government’s “Build, Build, Build” infrastructure program, the President led the opening of what has been considered as the country’s longest and tallest bridge.

In his speech, Mr. Duterte said he was grateful to see the completion of the “state-of-the-art project” that would solve the traffic problems in Metro Cebu.

“I led the groundbreaking of this project and I thank God for giving me the life to be able to inaugurate this bridge,” he said.

“I am hopeful that this shall likewise result in an increase in economic productivity in the province and the rest of the Visayas, through safer, faster, and more convenient means of transporting goods and people,” he added.

Mr. Duterte said he was grateful to all workers who took part in building CCLEx as well as tycoon Manuel Pangilinan for paving the way for Cebu to have its third bridge.

“We all know this project has gone through a grievous pandemic, testing our will and resolve and those of its many builders. Typhoon ‘Odette’ (international name: Rai) did not help but they proved that Filipino courage, determination and resilience can succeed,” he said.

“This bridge, I believe, is the first significant public-private partnership between private enterprise and local government units (LGUs). We hope this can serve as a template for future infrastructure ventures conducted at the LGU level,” he added.

The P30-billion toll bridge will use an all-electronic toll collection system to provide safe and seamless travel between Cebu City and Mactan, which hosts Mactan-Cebu International Airport, Mactan Export Processing Zone, and some of the country’s premier resorts and hotels.

CCLEx, which is set to operate as a toll expressway, will have two lanes in each direction and 51-meter navigational clearance to allow large vessels to pass underneath the bridge. —WITH REPORTS FROM DALE G. ISRAEL AND NESTLE SEMILLA