‘Philippine Air Force no more all air, no force’ 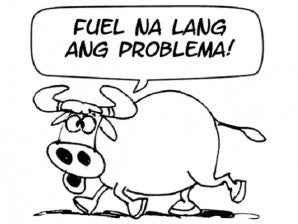 CLARK, Pampanga—The joke about the Philippine Air Force (PAF) is that it is “all air and no force”—and that hurts.

But that may soon be over.

Saying better times are at hand, the PAF’s new commanding general, Maj. Gen. Lauro Catalino dela Cruz, on Friday attended the blessing of four of eight Polish multi-role helicopters worth P2.8 billion which the Philippines received as part of its modernization program.

The new W-3 Sokol (Falcon) helicopters will be used for combat support as well as disaster relief missions, Dela Cruz said in turnover ceremonies at the former US Clark Air Base in Pampanga province.

Dela Cruz said the acquisition of the new sophisticated machines gave a “glimpse of many more changes to come.”

‘Thing of the past’

From being the best in Southeast Asia after World War II until the 1960s, the PAF saw its squadrons of fighter jets become obsolete without being replaced despite modernization plans.

The PAF deeply felt its decline when the last of its F5 “Blue Diamond” fighter jets was officially decommissioned in 2005, leaving the military incapable of intercepting intruders in the country’s airspace. Meanwhile, the number of accidents involving refurbished planes and helicopters piled up.

“The lack of equipment has always been our handicap. But despite that, we never let our guard down and instead focused on our strength, the talent of our people,” Dela Cruz said at brief ceremonies at Air Force City. “Sometimes the joke hurts that we only have air and no force.”

“But eventually this will be a thing of the past,” he added. “We can now see a horizon of better times, the beginning of an Air Force that is adequately equipped and skilled.”

The guests, Defense Secretary Voltaire Gazmin and Armed Forces of the Philippines Chief of Staff Lt. Gen. Jessie Dellosa, poured champagne on the helicopters’ noses during the ceremonies.

Used for transporting troops and cargo, the new helicopters are considered crucial for the emergency medical evacuation of ground troops in combat operations and for search and rescue missions during disasters.

Dela Cruz said the arrival of the new helicopters was a big morale booster.

“I know many of our fellow soldiers in the Philippine Army and the Marines will be very happy with the improved capability of their Air Force,” Dela Cruz said.

Maj. Randy Buena, group leader of six military pilots who have flown the new helicopters for test flights, said they were “amazed” at what the machines could do.

“It’s a beautiful aircraft,” Buena said before members of the media were given a demonstration ride on two of the helicopters.

This reporter was in a group of nine media members who, with two pilots and two crew members, flew for 40 minutes from Air Force City base through Crow Valley up to the crater of Mt. Pinatubo and back.

Unlike a ride in the single-engine Huey, the ride in the Sokol was smooth throughout despite the turbulence outside.

The pilots demonstrated the chopper could go on auto-pilot and showed off manuevers.

According to the briefer, the Sokols are equipped with the latest navigation and avionics systems that allow them to operate in all weather conditions day and night.

The Philippines has been fighting a decades-long communist insurgency, al-Qaida-linked terrorists with military assistance largely from the United States, its longtime ally, and rarely acquires arms and equipment from other countries.

Manila last year said it would seek 12 F-16 fighter jets from Washington amid its simmering territorial dispute in the West Philippine (South China) Sea with Beijing. Washington has provided a Coast Guard cutter to the Philippines and agreed to send another one this year.

Foreign Secretary Albert del Rosario said the Philippines wanted to build “a minimum credible defense posture and the US has expressed their willingness to help us.” With a report from AP