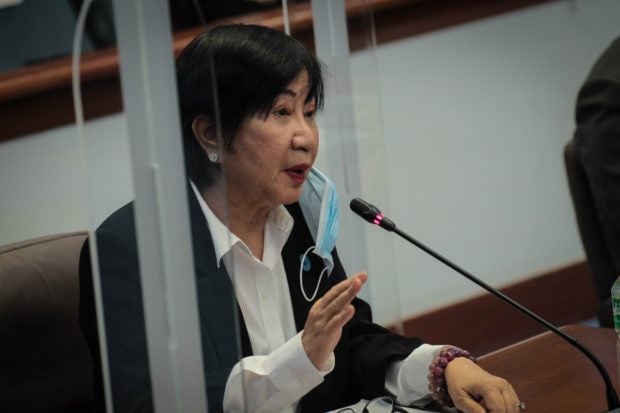 MANILA, Philippines — The chairman of the Philippine Amusement and Gaming Corporation (Pagcor) is pushing for the creation of an independent body regulating e-sabong operations in the country.

During the Kapihan sa Manila Bay forum on Wednesday, Pagcor chair Atty. Andrea Domingo acknowledged the contribution of e-sabong to the corporation’s revenues. However, she also cited the recent controversies linked to e-sabong operations.

“I would really encourage that there will be an independent regulator for e-sabong (electronic sabong), away from Pagcor,” Domingo said.

(Pagcor’s operations are already wide. The contribution of e-sabong is huge—around 8 to 10 percent of the total income. However, the recent controversies surrounding it is affecting the remaining 90 percent of the operations.)

Domingo said a separate body should focus on e-sabong since it operates under a hybrid set-up.

For instance, Domingo cited the e-sabong operations that happened during the Holy Week which were questioned by senators. She explained that e-sabong happened because mayors issued permits allowing traditional cockfighting to take place.

(Mayors gave permits to allow traditional cockfighting in studies which were video streamed by operators. We don’t have control over that.)

(We wrote a letter to the mayors to explain because we were asked by senators why there was e-sabong at that time… If there is a body handling that and it will no longer be with Pagcor, we can concentrate on our present offerings.)