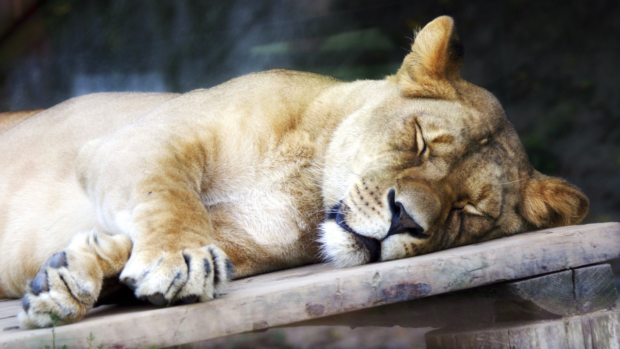 KAMPALA — Three lions have been found dead in one of Uganda’s best-known national parks after possibly being electrocuted, a conservation official said on Tuesday.

The three lionesses were found dead near the fence of a private lodge in Queen Elizabeth National Park, a popular tourist destination.

“Much as the actual cause of deaths is yet to be established, we suspect electrocution,” Bashir Hangi, the Uganda Wildlife Authority (UWA) communications manager, told AFP.

A police investigation has been launched, with a post-mortem to determine exactly what happened to the cats due to be held, Hangi said.

Park officials were however yet to meet the management of the hotel.

Tuesday’s grim discovery took to nine the number of lions found dead in just over a year after six others died in March last year due to suspected poisoning.

In 2018, 11 lions, including eight lion cubs, were poisoned to death in the park, where the big cats are known for their unusual ability to climb trees.

In May 2010 five lions were killed in a similar incident.

Queen Elizabeth’s grasslands are home to more than 600 species of birds and around 100 mammals including buffalo, waterbuck, leopards, hyena and elephants.

The park shares a border with the Democratic Republic of Congo (DRC) and its famous Virunga National Park, a habitat for rare mountain gorillas.

There are slightly more than 250 lions at Queen Elizabeth, according to the January Wildlife Conservation Society report.

Tourism is a top foreign exchange earner in Uganda, contributing almost 10 percent of GDP, according to government figures.