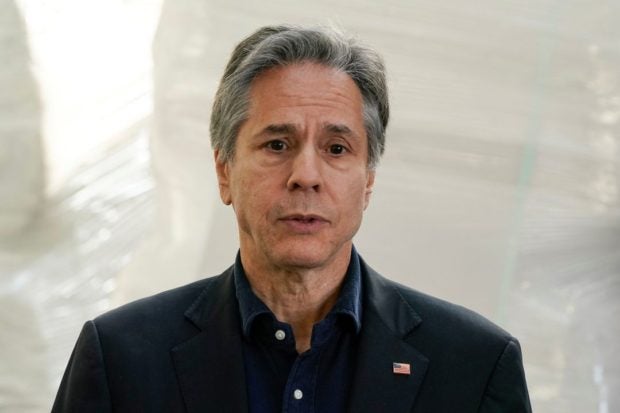 U.S. Secretary of State Antony Blinken speaks with reporters after returning from their trip to Kyiv and meeting with Ukrainian President Volodymyr Zelenskiy, near the Ukraine border, in Poland, April 25, 2022. Alex Brandon/Pool via REUTERS

SOUTHEASTERN POLAND — Russia is failing in its war aims but Ukraine is succeeding, U.S. Secretary of State Antony Blinken said on Monday after he and Defense Secretary Lloyd Austin met President Volodymyr Zelinsky and Ukrainian officials in Kyiv.

“In terms of Russia’s war aims, Russia has already failed and Ukraine has already succeeded,” Blinken told a news briefing in Poland after the two officials returned from the meeting, which ran three hours instead of an allotted 90 minutes.

The United States took the opportunity of the first official U.S. visit to Ukraine since Russia’s invasion two months ago to announce a gradual return of U.S. diplomats to the country and the nomination of a new ambassador. Russia calls its actions in Ukraine a “special operation”.

The cabinet secretaries also pledged new assistance worth $713 million for Zelensky’s government and countries in the region, where Russia’s invasion has raised fears of further aggression by Moscow.