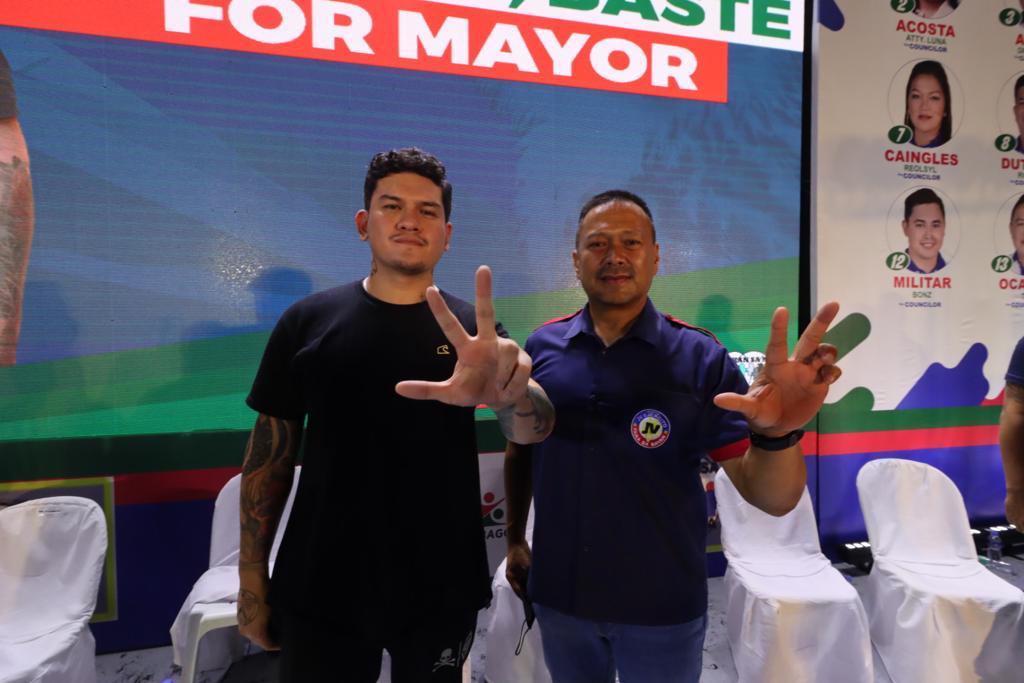 During his campaign rally for the mayoralty in Davao City’s first district, Duterte asked his supporters to vote for Ejercito.

“We have a visitor. This is JV Ejercito. Some time ago, we were together in HNP. We were really working together,” he said in Bisaya.

For voters who are still undecided on who to choose for senator, Duterte said, “si JV Ejercito ang piliin niyo.”

“JV Ejercito has always been a friend and a partner of this administration in pushing for advocacies that advance our development agenda, especially for the poor,” the elder Duterte said.

In a statement, Ejercito thanked Vice Mayor Duterte for his support, saying that it would greatly help his campaign for a Senate comeback.

Read Next
Comelec to wait for bets’ confirmation of attendance in debates until Apr. 26
EDITORS' PICK
House energy committee chair Arroyo bats for cheap electricity
Why Tagle is a leading papal contender
KWF has no power to ban, censor written works – Lagman
Powered by style, innovation and passion
A laptop that maximizes your WiFi so you can maximize your productivity
In Borongan, nuns play hoops (not mahjong)
MOST READ
Why Tagle is a leading papal contender
Zubiri on SRA mess: Shameful, disgusting
SRA officials should resign after ‘illegal sugar order’ – Zubiri
Arjo Atayde reveals proposal to Maine Mendoza was ‘more than a year’ in the making
Don't miss out on the latest news and information.