MANILA, Philippines — Presidential candidate Leodegario “Ka Leody” de Guzman vowed on Wednesday to sue Mayor Pablo Lorenzo III of Quezon in Bukidnon over a shooting incident that took place in a plantation in that town during his sortie on Tuesday.

De Guzman pointed out that Lorenzo was listed as the general manager of the company that owns the plantation where the shooting took place.

The shooting happened at around 12:20 p.m. on Tuesday, according to the Northern Mindanao Police Regional Office (PRO 10).

De Guzman and senatorial aspirants Roy Cabonegro and David D’Angelo visited the area — which members of the Manobo-Pulangihon tribe were claiming as their ancestral domain.

Though he himself was not hurt, five other people were wounded. 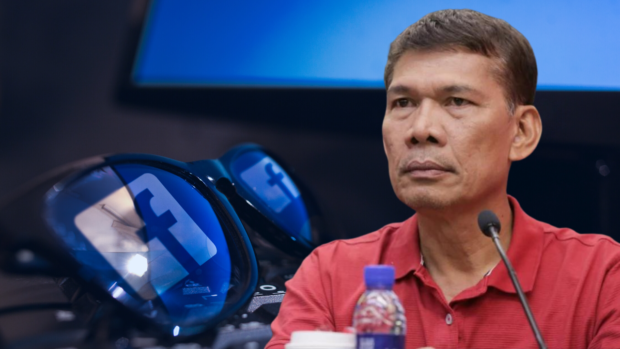 On Wednesday, De Guzman recalled what he saw in an interview with reporters on his arrival at the Ninoy Aquino International Airport. Radyo Inquirer videotaped the interview.

De Guzman said he saw five people in civilian clothes whom he believed were workers at the plantation before he heard gunshots.

The shots hit four of the tribe members.

De Guzman said the five people he saw were carrying something wrapped in a thin cloth.

“They were not guards,” he said in Filipino. “The guards were wearing blue. These people [I saw] were in civilian clothes — in black.”

“I can’t pinpoint who they were, but we believe they were personnel of the company,” he said.

De Guzman claimed that the first man he saw was also the first to fire his gun hitting.

The shot hit Nannie Abela, the farmer who arranged the event as part of De Guzman’s Mindanao political campaign.

Abela was standing about a foot away from the presidential candidate.

“That was the time when people were sticking white flags on the ground to show that what they were going to do was peaceful. The one who kept walking was the one who fired the shot and that was what hit Nannie Abela,” De Guzman said.

He added that soldiers nearby did nothing.

“What’s painful is that there were soldiers on the highway, not more than half a kilometer away. The shots could really be heard. But they did not rush over to stop the one firing. They just stayed there,” he said.

“So I think there was a conspiracy between the government agency — the NCIP — the local government and the AFP,” De Guzman said.

The NCIP is the National Commission on Indigenous Peoples and the AFP is the Armed Forces of the Philippines.

De Guzman then called on President Rodrigo Duterte to order an investigation on land-grabbing before his term ends.

He also claimed, in the same interview, that he did not think he was the target.

“I don’t think I was the target in the shooting, I think the target was the people themselves,” he said.

“Maybe they did not recognize me at once. The first shot, the one beside me fell. You can’t say there was a warning shot,” he added.

Meanwhile, the Philippine National Police (PNP) earlier said that it was still “premature” to classify the incident as election-related.