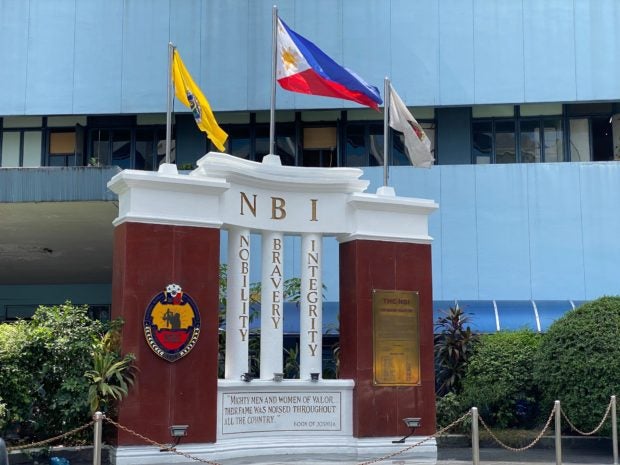 MANILA, Philippines — The National Bureau of Investigation on Tuesday filed a graft complaint at the Office of the Ombudsman against the former president and 10 other executives of Philippine Health Insurance Corp. (PhilHealth) over alleged irregularities in its accreditation process.

Among the respondents was former PhilHealth president and CEO Dr. Celestina Ma. Jude dela Serna, who was sacked by President Rodrigo Duterte in 2018 for her lavish travel expenses and allowances.

They were charged with violating of Republic Act No. 3019, or the Anti-Graft and Corrupt Practices Act, and Republic Act No. 6713, more known as the Code of Conduct and Ethical Standards for Public Officials and Employees.

The NBI’s Anti-Graft Division said the case was based on a complaint filed in May 2017 by Dr. Leilani Mercado-Asis, who accused the officials of the corruption-plagued state health agency of arbitrarily disapproving the renewal of her accreditation as a “health-care provider.”

It said Asis claimed that she was not given due process when PhilHealth rejected her application supposedly based on an administrative case filed against her before the state insurer’s prosecution department.

The NBI said it later discovered that there was no pending complaint against Asis.

“While it is within the PhilHealth’s power to suspend, revoke or refuse accreditation, it must be emphasized that the power to suspend or revoke is exercised based on the existence of grounds and must be compliant with law governing the same,” the NBI said.

“PhilHealth must observe due process in that it must afford the applicant notice and opportunity to be heard,” it said.

In July 2017, the NBI said the doctor withdrew her complaint after Dela Serna supposedly promised to grant her application, a promise that the former PhilHealth chief allegedly failed to keep.

This prompted Asis to revive her complaint as she asked the NBI to look into the allegedly questionable denial of her request for accreditation.

The bureau said Dela Serna “acted in bad faith when she promised to reaccredit complainant if she withdrew her complaint.”

During the investigation, the NBI said it discovered that PhilHealth denied Asis’ request on Oct. 13, 2016, but the order was “ante-dated” to July 1, 2016.

“Looking at the circumstances on how the renewal of accreditation was denied, it appears that the accreditation subcommittee agreed to reopen the deliberation … and unanimously voted to recommend the denial of application for accreditation,” the NBI said.

“Also, at the time the denial was made, there was no pending case filed against the complainant,” it said.

The NBI said the PhilHealth officials failed to cite any justifiable reason to turn down Asis’ application.

“PhilHealth’s authority to deny accreditation of complainant requires that the applicant be first convicted (for) fraudulent acts,” it said, adding:

“From the records, it appears that complainant was denied her accreditation even before the case was heard by the Arbitration Office and without a formal complaint and an effort to conduct a fact-finding investigation as mandated by (the) law.”

In January last year, the NBI also filed graft charges against former PhilHealth chief Ricardo Morales and several officials and employees of the state health insurer for their alleged involvement in the allegedly anomalous release of funds intended for “fortuitous” events, such as the COVID-19 pandemic.

The NBI said the respondents allowed the release of P33.8 million under the interim reimbursement mechanism (IRM) funds to B. Braun Avitum Philippines Inc., a dialysis center that operates nationwide.

The IRM should only be used for fortuitous events, such as outbreaks or pandemics, which dialysis centers and other similar institutions do not address, according to the NBI.

Also included in the complaint were three officials of Braun Avitum.