Agaton damaged P725.2M worth of crops 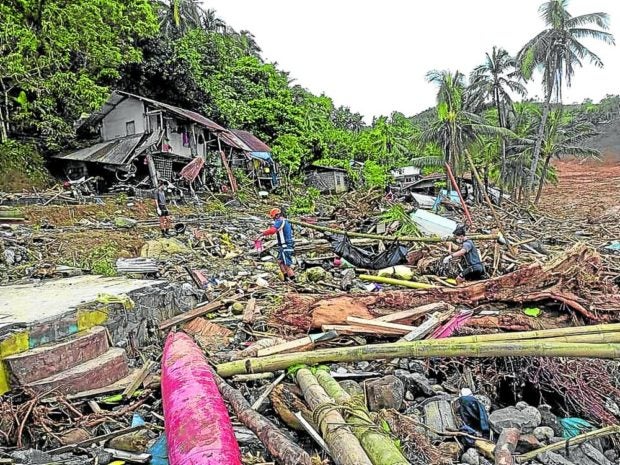 Damage to the agriculture sector due to Tropical Storm Agaton (international name: Megi) increased further to P725.2 million as of Monday morning, the Department of Agriculture (DA) reported.

“Affected commodities include rice, corn, high-value crops and livestock. These values are subject to validation,” the DA added.

The rice sector sustained P672.2 million in losses. But Federation of Free Farmers (FFF) said it still had minimal impact on the country’s overall palay, or unhusked rice, output because Eastern Visayas accounts for only 5 percent of the annual production.

“It still [has] minimal impact and there is still time to replant if needed,” Raul Montemayor, national manager of FFF, told the Inquirer in a Viber message.

The DA is conducting assessment of damage and losses brought by Agaton in the agri-fisheries sector as well as continuously coordinating with concerned government agencies, local governments and disaster risk reduction management offices.

The necessary interventions and assistance will be provided to the affected agricultural producers, it added.

Separately, the National Grid Corp. of the Philippines (NGCP) reported that power transmission services in Bohol are now restored following the restoration of the Ormoc-Maasin 138-kilovolt line 2 and the Maasin-Ubay 138-kV line linking Leyte to Bohol.

The NGCP said emergency restoration systems were installed to bypass towers of the Ormoc-Maasin lines 1 and 2 that were damaged due to landslide caused by the tropical storm through the Holy Week.

Meanwhile, search and recovery teams continue to dig into the mounds of earth and debris in landslide-hit villages in Abuyog town and Baybay City, Leyte, eight days after Agaton loosened the sides of the mountains with its incessant rains.

Col. Noel Vestuir, commanding officer of the 802nd Infantry Brigade, said they would continue their operations in the hope of finding all the missing persons.

“As long as there is no order for us to stop, the AFP (Armed Forces of the Philippines) will continue its SRR (search, recovery and retrieval),” Vestuir said.

On Monday morning, Vestuir said they found three bodies in Barangay Kantagnos, considered to be the worst-hit village in Baybay.

The recovery brought to 120 the total number of fatalities in Baybay.