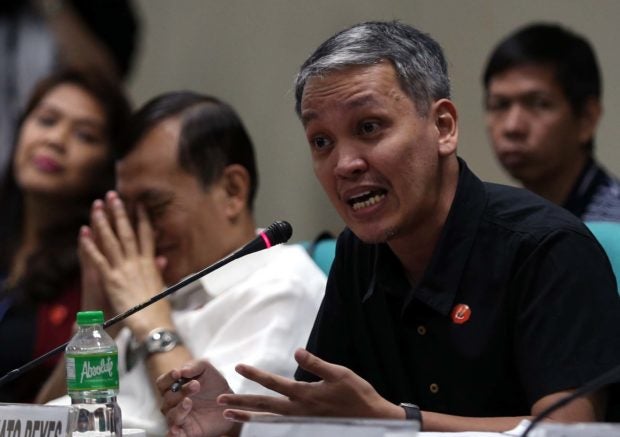 MANILA, Philippines — Progressive groups lauded the move of President Rodrigo Duterte to veto the proposed SIM Card Registration Bill, saying that aside from it being dangerous due to possible state-sponsored surveillance, the measure is also expected not to solve major problems related to social media and online use.

According to Bagong Alyansang Makabayan (Bayan), if the said bill was approved — along with the provision of registering social media accounts — the privacy of citizens may be undermined and cause a chilling effect on both consumer and social media users.

“We welcome the veto of the SIM card Registration Bill even as we continue to point out state-sponsored attacks on privacy are happening even with the SIM card registration measure,” Bayan secretary general Renato Reyes said.

“The SIM card and social media registration are dangerous measures that undermine privacy and create a chilling effect on consumers and social media users. It is a form of state surveillance on the people and does not deter crime,” he added.

Bayan Muna Rep. Carlos Zarate, meanwhile, likened the government to the Big Brother — a reality show syndicated worldwide where all the activities of participants are monitored —  if the bill was actually passed.

Furthermore, he said that the bill only burdens consumers as an additional process would be required before people get to buy their SIM cards, and if they lost their cards.

Reyes explained that if the concern is the widespread usage of troll accounts — fake accounts used to either amplify reach and reaction towards content or to make it seem that accounts are acting organically — then the government has to start within itself first.

The Bayan leader was referring to the alleged use of the government of fake accounts to red-tag, or link people to communist rebels, which ranking officials have repeatedly denied.

He also mentioned the distributed denial of service (DDoS) attacks against websites of activists and mainstream media outlets, saying that these things cannot be solved by registering SIM cards and social media accounts.

“In the issue of the proliferation of anonymous troll accounts, this must be addressed first by government dismantling its own troll machinery used against legitimate dissent by the people. Owners of social media platforms must also act to stop coordinated inauthentic behavior as well as red-tagging and other vile attacks that are happening on their platforms,” Reyes pointed out.

“Government must address the spate of Distributed Denial of Service attacks on the websites of human rights defenders and the media. The government has not investigated these DDoS attacks which are happening so dangerously close to the May 9 elections,” he added.

Earlier, Communications Secretary Martin Andanar, acting presidential spokesperson, said that Duterte has vetoed the bill due to concerns on privacy breaches should the measure be enacted into law.

Particularly, Andanar said Duterte was referring to the inclusion of social media providers in the registration requirement, which “was not part of the original version of the bill and needs a more thorough study.”

“Prior versions only mandated the registration of SIM cards,” Andanar said in a statement.

As there are supporters of Duterte’s move, there are also those who believe that vetoing the SIM Card Registration Bill would be detrimental to society.  According to Sentate President Vicente Sotto III, a firm supporter of the bill, bombings and scams may continue as people would no longer be required to register their SIM cards.

The bill is seen to boost law enforcement operations, as perpetrators of potential bombings using cellphone-triggered detonators would be quickly identified if their identities are registered within the government’s database.