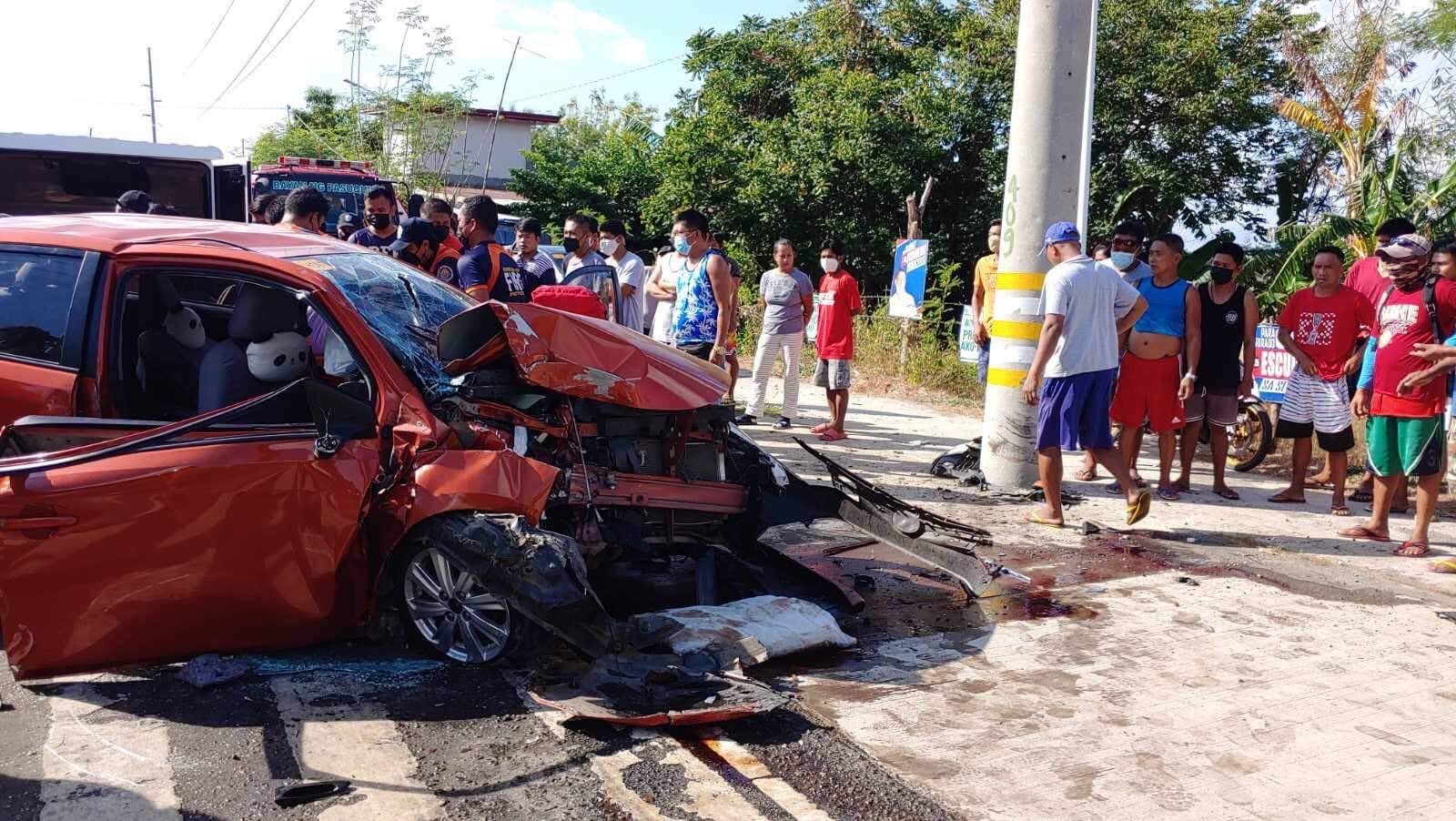 The mishap transpired at around 8:40 a.m. at the national highway straddling Nagsanga village.

The police, citing eyewitness accounts, said a Toyota Vios car was on the way to Laoag City from Santiago, Isabela, when driver Erwin Jay Chavez fell asleep, lost control of the vehicle, and crashed against the concrete post of a power line owned by the Northwind Power Corporation.

One of the passengers, Sancho Chavez Tan, 53, who was in the car’s passenger seat, was declared dead on arrival by the attending physician at the Governor Roque Ablan Sr. Memorial Hospital (GRASMH) in Laoag City.

All are residents of Santiago, Isabela.

The police said the family took off from Isabela around 11 p.m. on April 13.

According to the police, the other family members had advised the driver to take a rest and sleep in nearby Bangui town.

But the driver did not heed the advice and proceeded to drive, noting that their destination was near.

The front portion of the car was wrecked, the police added.