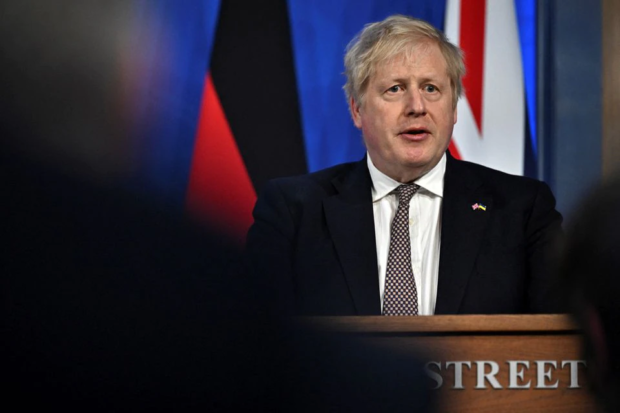 LONDON — British Prime Minister Boris Johnson will on Thursday try to switch attention to the issue of illegal immigration and away from angry calls for his resignation after he was fined for breaking his own COVID-19 lockdown rules.

Johnson was fined on Tuesday for attending a gathering in his Downing Street office for his birthday in June 2020 when social mixing was all but banned under rules his government had introduced.

Opposition politicians said it was the first time a serving prime minister had been found to have broken the law and demanded Johnson quit. He has rejected those calls, and critics in his own Conservative Party said the current crisis in Ukraine meant it was the wrong time to replace him. L2N2WB1TD

In a speech on Thursday, he will try to move the focus away from his own behaviour to targeting illegal immigration, an issue popular with many in his party and one that has been a hot topic with the public for years, and which helped the campaign for Britain to leave the European Union.

Last year, more than 28,000 migrants and refugees crossed from Europe to Britain, many in small dinghies, and Johnson will announce plans to tackle the people smuggling gangs and increase British operations in the Channel, his office said.

It added that Home Secretary (interior minister) Priti Patel would also announce details of “a world-first migration and economic development partnership” with Rwanda.

“Before Christmas 27 people drowned, and in the weeks ahead there may be many more losing their lives at sea, and whose bodies may never be recovered,” Johnson will say according to his office. “Around 600 came across the Channel yesterday. In just a few weeks this could again reach a thousand a day.”

He will add that he accepted the migrants were seeking a better life but their dreams were being exploited by vile people smugglers.

The government has been struggling to come up with solutions as the number of Channel crossings has increased.

A previous idea for the British navy to turn the boats back was rejected by the military, while it has also looked at housing asylum seekers on disused oil rigs, or in countries such as Moldova, Papua New Guinea and its remote overseas territories in the south Atlantic, according to newspaper reports.