Amid push for boosters, many in PH still fear ‘side effects’ | Inquirer News
Close
menu
search

Amid push for boosters, many in PH still fear ‘side effects’ 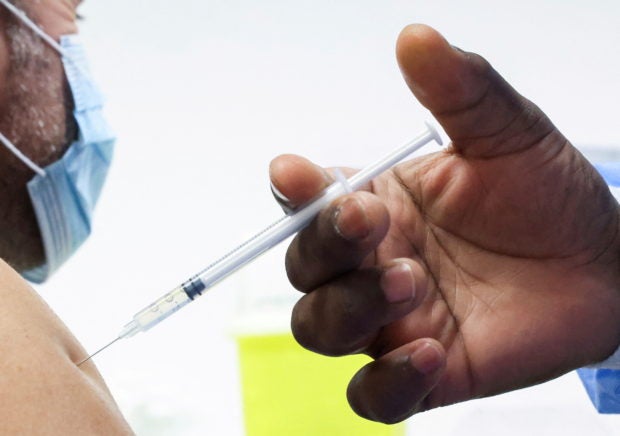 MANILA, Philippines — Despite having completed her primary vaccine shots for COVID-19 six months ago, Loida Ramos of Alaminos, Laguna, is fearful of getting a booster jab because of dire stories she has heard.

“I think I’m still afraid [to get a booster shot]. I heard stories of people dying after getting vaccinated. I also heard about someone who suddenly had heart complications after getting a booster,” the 51-year-old homemaker told the Inquirer in a phone interview on Wednesday.

When asked if the afflicted person had consulted a health professional about the supposed adverse reactions, she said she was unsure about the details but that the person just took medication to ease heart palpitations and feelings of anxiety.

But her own experience with the primary jabs was manageable, Ramos said, adding that she felt only drowsiness after she was given Sinovac last September for the initial dose and a month later for the second.

Her own son, a 26-year-old government worker, received his booster shot in February. But he is not forcing her to get hers because he understands that she is “still scared,” she said.

“It’s not that I don’t want vaccines…,” Ramos said. “It’s just that I am overwhelmed with fear. My son doesn’t pressure me because he knows I’m afraid [of getting a booster].”

Worries about possible adverse effects of vaccines, such as those raised by Ramos, remain the top reason behind the decision of certain Filipinos to forgo inoculation against COVID-19, as indicated by the latest data from Johns Hopkins Center for Communications program.

According to the March 16-31 data gathered by the COVID Behaviors Dashboard, 60 percent of Filipino respondents who would “probably, probably not and definitely not” get vaccinated were “concerned about side effects.”

The figure is virtually unchanged from the 63 percent who reported the same concerns about vaccines in the same period in February.

Those who saw no need for vaccines to protect them against the coronavirus said they “don’t believe COVID-19 is a serious illness,” 18 percent; they “plan to use masks or other precautions instead,” 16 percent; and they “don’t think vaccines are beneficial,” 15 percent.

The survey also found that the majority, or 53 percent, of unvaccinated individuals in rural areas said they would “definitely not get vaccinated” in the coming months. Among age groups, 62 percent of those unvaccinated against COVID-19 at age 55 and older said they would rather not get the jabs.

Health officials have expressed concern about the misinformation and “fake news” circulated by “antivaxxers” that were causing vaccine hesitancy in rural communities.

Secretary Carlito Galvez Jr., the chief implementer of the National Task Force Against COVID-19, has said that the government would conduct information and education drives in order to surmount such obstacles to achieving wider vaccination coverage.

At President Rodrigo Duterte’s “Talk to the People” on Monday night, Galvez said the low booster coverage was troubling.

“A major concern for us, Mr. President, considering that vaccines have a waning effect after three months, is that [the number of those who have received a] booster dose is still low at 17 percent, and we started [giving] the third dose in November,” he said.

According to Galvez, the strategies being enforced to increase coverage include improving the government’s efforts in providing boosters to the general population, finding the remaining 1.8 million unvaccinated seniors, and ramping up the inoculation campaign in the Bangsamoro Autonomous Region in Muslim Mindanao or BARMM.

The latest government data show that only 12.5 million individuals, representing only about 26 percent of the eligible population, have received booster shots.

Fully vaccinated individuals stand at 66.7 million, or about 74 percent of the target 90 million population.