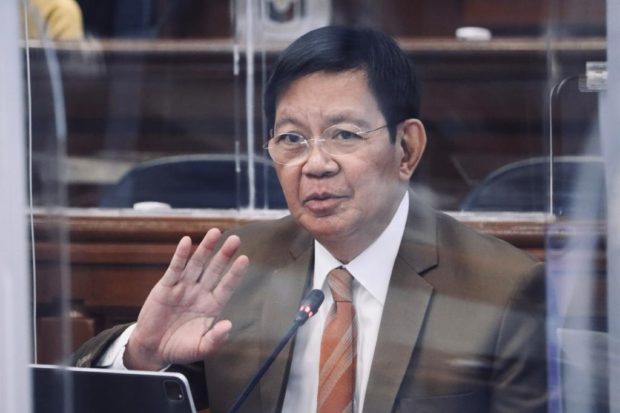 MANILA, Philippines — The National Intelligence Coordination Agency (NICA) should speed up the process of vetting the list of alleged agricultural smugglers and their supposed protectors in the government, presidential bet Sen. Panfilo “Ping” Lacson said Tuesday.

Lacson, who attended the Senate Committee of the Whole’s hearing on agricultural smuggling, said those liable should be charged as soon as possible.

This or the resumption of smuggling activities once the coast is clear continues.

“Please speed up the processing of the intelligence information so charges can be filed against those who are liable. There has to be at least a bit of a sense of urgency,” he said in Tagalog at the hearing.

Lacson said this is to ensure our food security, which he said is “as critical as the other aspects of our national security.”

He said there should be no repeat of the cycle where everyone just forgets what happened at the hearing due to the lack of follow-through by the agencies concerned.

“Once the hearing ends, do we just forget everything?” he said.

Also, Lacson cited the observation of Agot Balanoy, who represents a group of Benguet-based farmers, that the volume of smuggled vegetables in markets would decrease after a Senate hearing – but go up again after “two to three weeks.”

He said it is likely that the volume of smuggled vegetables in the markets will dip again after Tuesday’s Senate hearing – “but for how long?”