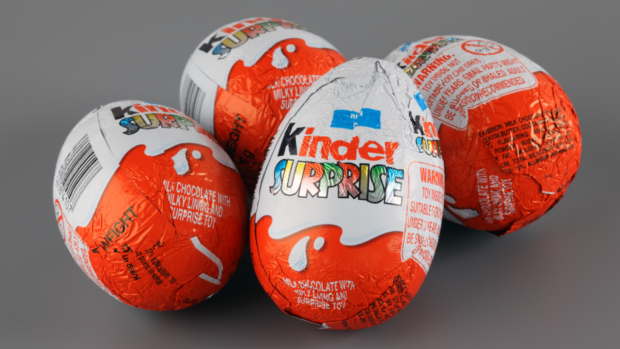 STOCKHOLM — A total of 150 salmonella cases have been detected in nine European countries, two specialist European agencies said Tuesday, pointing the finger at a Kinder chocolate factory in Belgium that has been closed.

“Most cases are children under 10 years of age, with many being hospitalised,” the European Centre for Disease Prevention and Control and the European Food Safety Authority said in a joint statement.

As of 8 April, nine countries had reported 119 confirmed and 31 probable cases, said the statement.

The cases were recorded in Belgium, France, Germany, Ireland, Luxembourg, the Netherlands, Norway, Spain, Sweden and the UK.

Chocolate products made at the factory in Arlon, southeastern Belgium, were found to contain salmonella, they added, urging countries to watch for new cases.

The factory’s closure and the health concerns are blows to its owner, Italian confectionery giant Ferrero, coming at the height of the Easter holiday season when its Kinder chocolates are sought-after supermarket buys.

Belgium opened an investigation on Monday.

Ferrero has issued a statement saying it “sincerely apologises” for the spate of salmonella cases.

Belgium’s food safety authority, AFSCA, has ordered the recall of the factory’s entire production of the company’s popular Kinder brand.

Ferrero, which also makes Nutella and Tic Tac candies, on Thursday recalled certain varieties of its Kinder chocolates in the United States that had been made in Belgium.

That followed recalls earlier this week in the United Kingdom and several European countries over concerns about products from the factory.

Salmonella is a type of bacteria that can cause symptoms including diarrhoea, fever and stomach cramps in humans, and is one of the most common food-borne infections.

Most cases are caused by the ingestion of food contaminated with animal or human faeces.

Sweet-toothed thieves run off with truckful of Nutella, Kinder eggs worth $58,000 in Germany