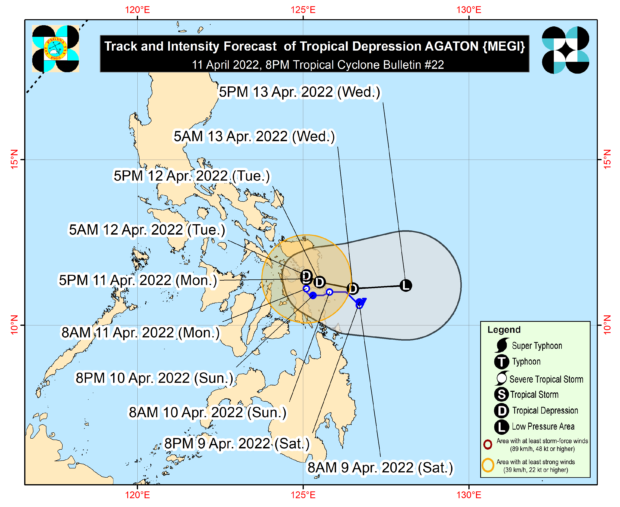 MANILA, Philippines — Authorities said Monday that at least 25 people had died in landslides and floods caused by Tropical Depression Agaton (international name: Megi) as it hit the eastern and southern coasts of the country.

The storm made landfall on Sunday, April 10, with sustained winds of up to 65 kilometers (40 miles) per hour and gusts of up to 80 kph (49 mph). Agaton is the first storm to hit the country this year, which sees around 20 such storms annually.

In the eastern province of Leyte, the bodies of 22 people were recovered after being buried under a landslide, Joemen Collado, police chief of Baybay city, told reporters.

The national disaster agency, which has also said three people had died in the southern Davao region, said the reported casualties are still subject to verification.

“There were landslides in communities and then some of the victims were swept by floods,” Collado said, adding that rescue operations are ongoing as at least six more people are missing. 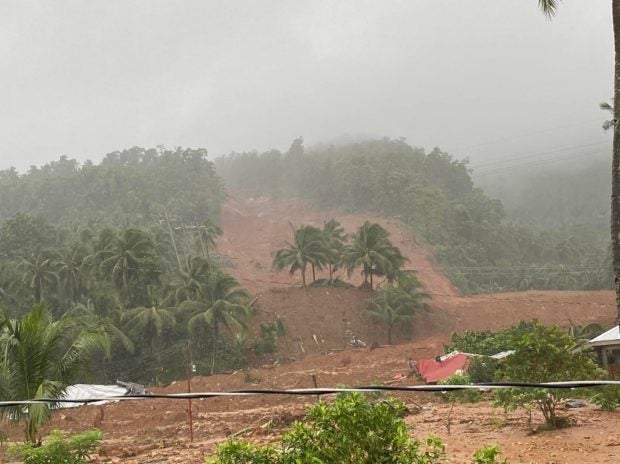 This photo taken and provided on April 11, 2022 through the courtesy of Hannah Cala Vitangcol, shows houses buried under mud after a landslide hit the village of Bunga, in Baybay town, Southern Leyte province, southern Philippines, following heavy rains brough about by Tropical storm Agaton. (Photo by Hannah Cala Vitangcol / AFP)

Images shared by the local fire bureau on Monday, April 11, showed rescuers wading through near partially submerged homes and digging for survivors in a landslide-hit area.

Agaton is expected to weaken to 45 km per hour and move back out over sea on Tuesday,April 12, the state weather bureau said.