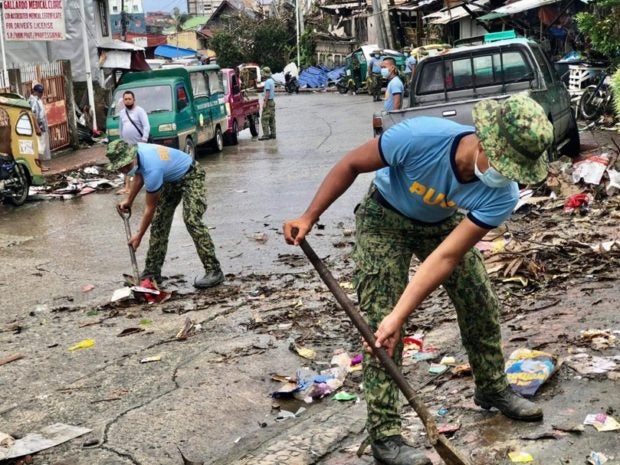 MANILA, Philippines — At least 198 police personnel have been deployed to areas hit or to be affected in the coming hours of Tropical Storm Agaton that was spotted near Eastern Visayas, the Philippine National Police (PNP) said.

PNP Public Information Office (PNP-PIO) chief Brig. Gen. Roderick Augustus Alba said on Monday that the police force’s disaster response procedure has been activated especially in hazard-prone areas in Eastern Visayas, to anticipate and cushion the impact of the storm.

“As Tropical Depression Agaton continues to pose a threat to the island provinces in Eastern Visayas and CARAGA Regions, the Philippine National Police has activated Disaster Response Operational Procedure in these areas to monitor and prepare for possible destructive effects of the weather disturbance,” Alba said in a statement.

(We have already deployed 198 PNP personnel in areas to be affected or to be hit by the storm. We are working with the LGUs and other agencies to implement pre-emptive evacuation, especially in hazard-prone areas.)

Photos sent by PNP-PIO showed police officers trying to clear roads blocked by fallen or uprooted trees, and other debris caused by Tropical Storm Agaton since it developed into a cyclone on Saturday night. 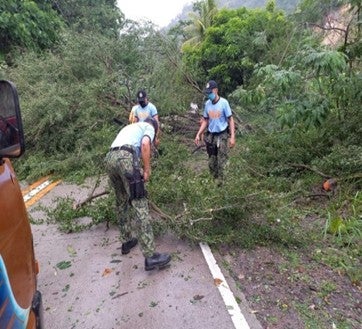 Some passengers who were stranded in the affected provinces were also ferried by the local police to safety.

Latest updates from the Philippine Atmospheric, Geophysical and Astronomical Services Administration (Pagasa) showed that Agaton slightly weakened into a tropical depression, which meant that no area is currently under Tropical Cyclone Wind Signal No. 2. 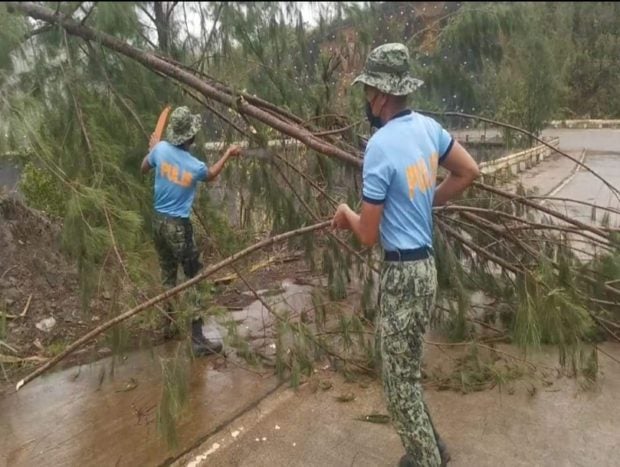 This was after several towns in Samar and Leyte were placed under Signal No. 2 on Monday morning.

READ: Signal No. 2 in Biliran, parts of Samar and Leyte due to Tropical Storm ‘Agaton’

PNP appealed to the public, especially in areas affected by Agaton, to cooperate with authorities to minimize the extent of damage from the cyclone.

“The only way that we can alleviate the worst effect of this typhoon is through the cooperation of every stakeholder,” Alba noted.