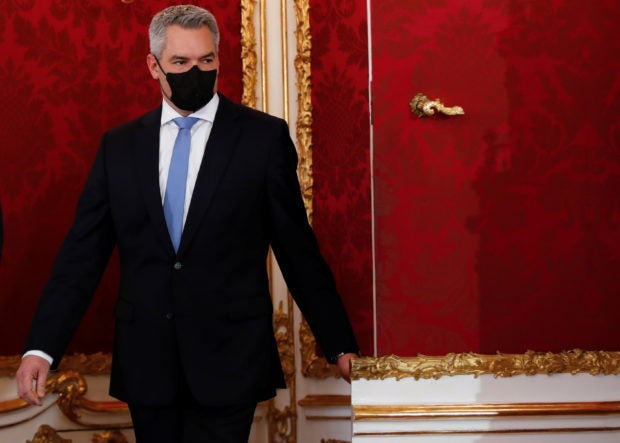 “He is going there, having informed Berlin, Brussels and Ukrainian President Volodymyr Zelensky” to encourage dialogue, said a spokesman for Nehammer, who was in Ukraine on Saturday.

The spokesman confirmed he is the first European leader to meet Putin since Russia invaded Ukraine on February 24.

Nehammer took the initiative himself and organised the meeting during his stay in Ukraine, wanting “to do everything so that progress towards peace can be made” even if the chances are minimal, he added.

He intends to talk to the Kremlin about “war crimes” in the town of Bucha outside Kyiv, which he visited on Saturday.

Dozens of bodies dressed in civilian clothes were discovered there a week ago, shocking the world, following the withdrawal of Russian troops.

Moscow has firmly rejected any involvement.

Nehammer, who returned to Vienna on Sunday, also met Ukrainian President Volodymyr Zelensky during his visit.

“It is important that, within the framework of our neutrality, we support Ukraine both at a humanitarian level and politically,” the spokesman said.

Austria is a member of the European Union, but does not belong to NATO.