Signal No. 2 in parts of Samar, Leyte, Dinagat Islands as storm ‘Agaton’ intensifies 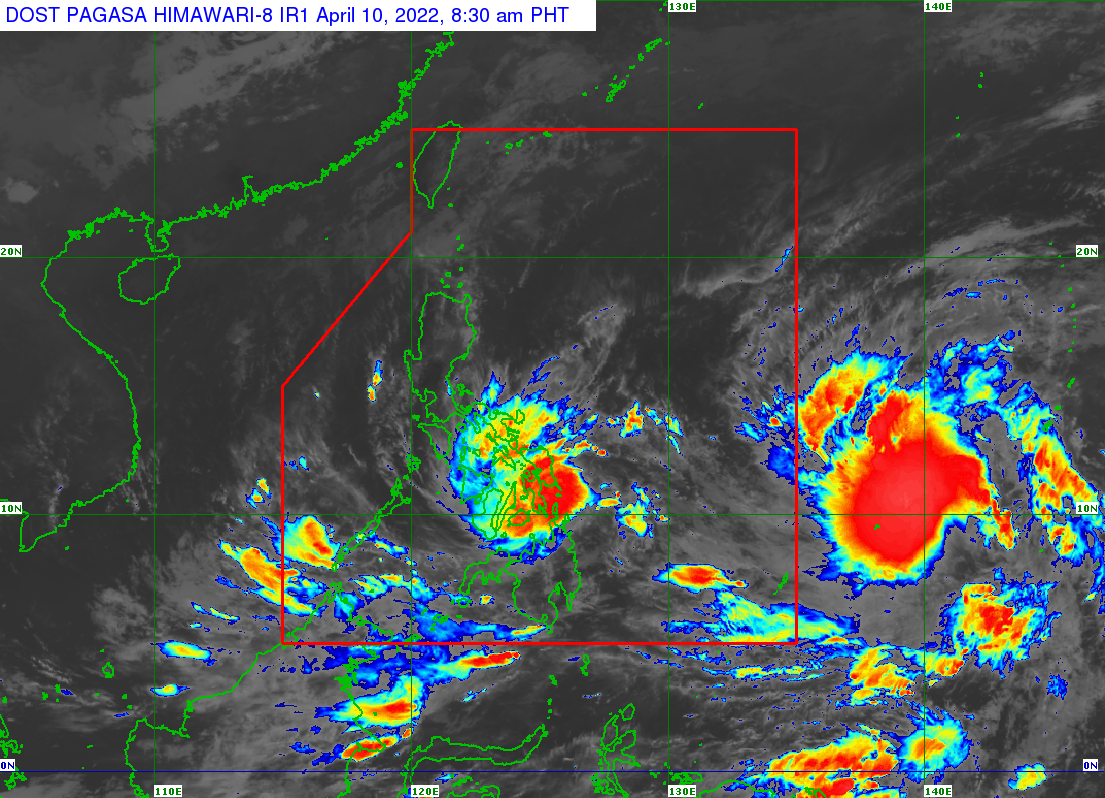 The state weather bureau warned of gale-force winds in the next 24 hours in affected areas.

As of 7:00 a.m., “Agaton” was spotted over the waters of Guiuan, Eastern Samar, with maximum sustained winds of 75 kilometers per hour (kph) and gustiness of up to 105 kph while moving west-northwest at 10 kph.

Signal number 1 was raised over the rest of Eastern Samar, the rest of Samar, Northern Samar, Biliran, the rest of Leyte, Southern Leyte, and the northeastern portion of Cebu (Daanbantayan, Medellin, Bogo City, Tabogon, Borbon) including Camotes Islands, Surigao del Norte and the rest of Dinagat Islands.

Strong winds will prevail or are expected in the next 36 hours in these areas, Pagasa said.

“Agaton” is forecast to remain almost stationary or move west northwestward slowly as it meanders over the southern portion of Eastern Samar and its coastal waters, Pagasa reported.

“Considering its erratic movement, there is an increasing likelihood of landfall over the southern portion of Eastern Samar in the next several hours. A gradually accelerating turn eastward is expected by mid-Tuesday as it interacts with the incoming tropical cyclone with international name “Malakas,” added Pagasa.

Meantime, light to moderate and at times heavy rain is possible in Masbate, Sorsogon, northern Mindanao, and the rest of the Visayas and Caraga region.

Flash floods and landslides are also possible in rain-affected areas.

“In the next 24 hours, rough to very rough seas (2.8 to 5.0 m) will prevail over the seaboards of areas where Wind Signals No. 2 and 1 are hoisted. These conditions may be risky for most seacrafts. Mariners of small seacrafts are advised to remain in port or take shelter, while those operating larger vessels are advised to take precautionary measures when venturing out to sea and, if possible, avoid navigating in these condition,” Pagasa said.

“In the next 24 hours, moderate to rough seas (1.2 to 3.4 m) will also prevail over the remaining seaboards of the country that are not under any wind signal or gale warning. These conditions may be risky for those using small seacrafts. Mariners are advised to take precautionary measures when venturing out to sea and, if possible, avoid navigating in these conditions,” the state weather bureau added.