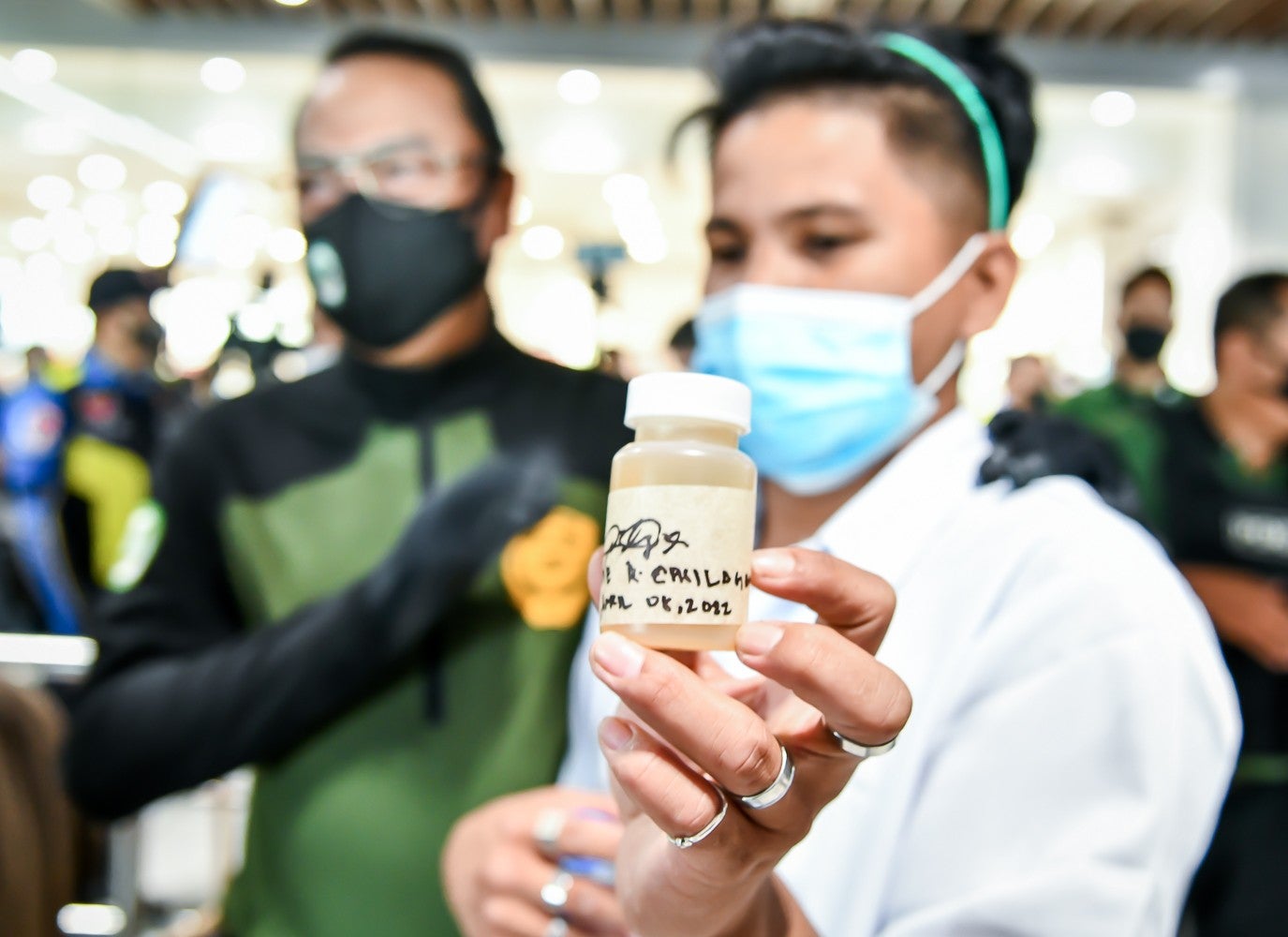 A driver holding his urine sample for drug testing during the conduct of ‘Oplan Harabas’ in PITX in Parañaque City on Friday. Photo from PDEA.

MANILA, Philippines — A total of 61 public utility vehicle (PUV) drivers and conductors tested positive for illegal drug use out of over 4,000 drivers who underwent random drug-screening nationwide on Friday under ‘Oplan Harabas,’ the Philippine Drug Enforcement Agency (PDEA) reported on Saturday.

“There is no doubt that there is a prevailing practice of drug use among the public transport driving population to keep awake while behind the wheel,” PDEA director-general Wilkins Villanueva said in a statement.

Those who tested positive for illegal drugs will not be allowed to travel, the PDEA said.

The PDEA added that the drivers’ licenses of those who tested positive for drug use were also confiscated by the Land Transportation Office. They must also undergo appropriate intervention and reformation programs to be provided by their respective local Barangay Anti-Drug Abuse Councils before their licenses are returned.