Signal No. 1 in 4 areas in Visayas, Mindanao as Tropical Depression Agaton looms 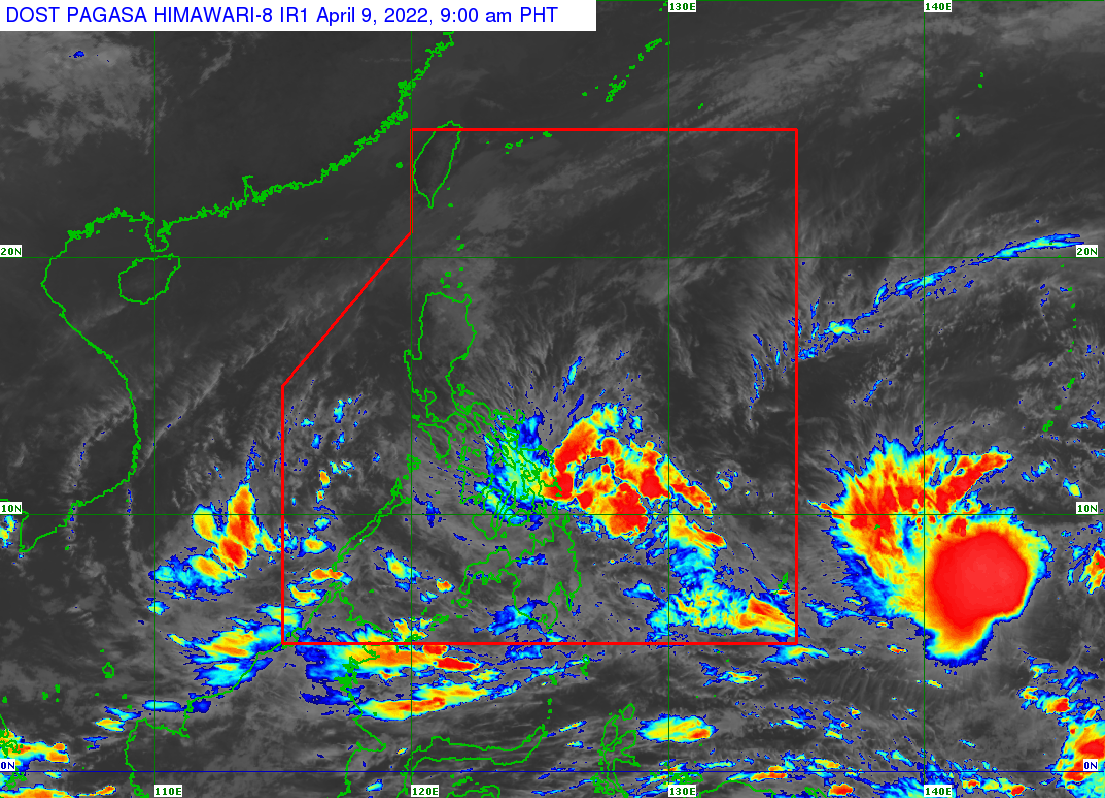 The tropical depression, currently almost stationary, has maximum sustained winds of 45 kilometers per hour near the center and gustiness of up to 55 kph.

Under TCWS No. 1, strong winds are prevailing or are expected within the next 36 hours.

Pagasa warned that moderate to heavy and at times intense rain may prevail on Saturday until early Sunday morning in Eastern Visayas, Dinagat Islands, and Surigao del Norte, while light to moderate and at times heavy rain may hit Masbate, Sorsogon, and the rest of Visayas and Mindanao.

“Under these conditions and considering significant antecedent rainfall, scattered to widespread flooding (including flooding) and rain-induced landslides are expected especially in areas that are highly or very highly susceptible to these hazards as identified in hazard maps,” Pagasa said.

Strong winds, or strong breeze to near gale conditions, will be experienced within any of the areas where TCWS No. 1 is currently in effect during the passage of the tropical depression.

Pagasa said “Agaton” is forecast to remain almost stationary or move slowly over the waters east of Eastern Visayas.

“Due to the expected erratic nature of its movement, a landfall over the coast of Eastern Samar is possible. However, the tropical depression may begin turning generally eastward on Monday or Tuesday as it interacts with the incoming tropical cyclone with international name ‘Malakas,’” said Pagasa.

“Agaton” is forecast to remain a tropical depression over the next three days, but there is “marginal possibility” that it will intensify into a tropical storm on late Sunday or on Monday, Pagasa said.

“However, the disturbance may degenerate into a remnant low by late Tuesday or early Wednesday as ‘Malakas’ begins to assimilate its circulation,” according to the weather agency.

Meanwhile, rough to very rough seas (2.8 to 4.5 meter-high waves) will prevail over the seaboards of areas where TCWS No. 1 is hoisted and the northern and eastern coasts of Northern Samar in the next 24 hours.

A gale warning, under the influence of the prevailing northeasterly wind flow, also remains in effect over several coastal waters not under any wind signal, specifically the northern and western seaboards of Northern Luzon.