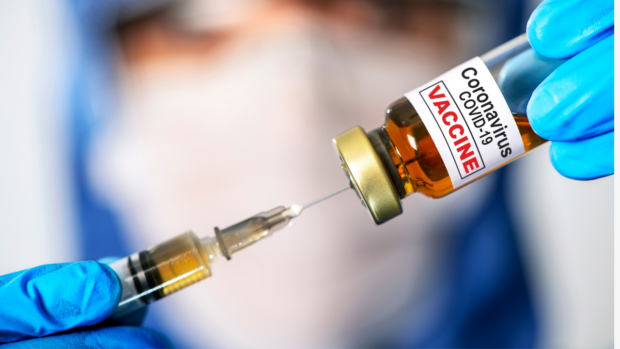 MANILA, Philippines — The Philippines will go ahead with its plan to donate “excess” COVID-19 vaccines that are due to expire, Malacañang said on Tuesday.

The vaccines to be donated are the Sputnik V developed by Russia’s Gamaleya Institute, Health Secretary Francisco Duque III said when reached for comment.

In a statement, Communications Secretary Martin Andanar, the acting presidential spokesperson, said “legal documentation processes are ongoing” for the delivery of those vaccines to Myanmar.

Andanar said Duque and Secretary Carlito Galvez Jr., chief implementer of the National Task Force Against COVID-19 (NTF), had written Foreign Secretary Teodoro Locsin Jr. about the proposed donation. Locsin then sought approval from the Office of the President “as this is disposition of government property, which is [the] government-procured vaccines,” Andanar said.

She said the donations are “part of our current plans to help other countries since we are one with the WHO (World Health Organization) in terms of equity and distributing these vaccines.”

“Also, we saw that we have excess vaccines right now so we are going to donate,” she added.

“We’re still finalizing our inventories and finalizing arrangements with these two countries,” Vergeire said further. “But not all excess doses will be donated. We will just donate [the doses] that they need and what we think will be of help to them.”

In a joint statement clarifying why the country has about 27 million COVID-19 vaccines that are due to expire, the NTF and the Department of Health (DOH) said only 2 percent or some 540,000 of those vaccines were procured by the national government.

This was still below the “indicative wastage rate” of 10 percent in “vaccine forecasting” set by the WHO, the two agencies said.

Their statement explained further that “not one country could have predicted and balanced, with reasonable certainty, the global supply and demand of vaccines amidst the COVID-19 pandemic.”

Both agencies said: “We made sure from the very start…that there will be enough vaccines available on hand. The national government, local government units, and the private sector all placed orders for vaccines.”

The statement also noted that most of the vaccines due to expire were “either donated by other countries or procured by local governments and the private sector.”

But Sputnik V doses delivered to the country, of which the current supply is estimated at 10 million, were all procured by the national government.

Nevertheless, Duque made an assurance that these vaccines intended for donation could still be used.

“The shelf life of Sputnik being donated [has] already been given extension up to July 2022 from expiry date of April 2022,” he said in a text message.

In their statement, the DOH and the NTF said they “are working with manufacturers to extend the shelf life of vaccines based on updated scientific data such as updated stability studies.”

As to why the government has selected Myanmar and Papua New Guinea, Duque said these countries “are using Sputnik V, hence, the choice to donate to them.”

Some 66.2 million Filipinos have been fully vaccinated, while 12.2 million have been given their booster shots, according to the latest data from the DOH.

The government is targeting the vaccination of 70 percent or about 78.6 million of the country’s population of 112.3 million.