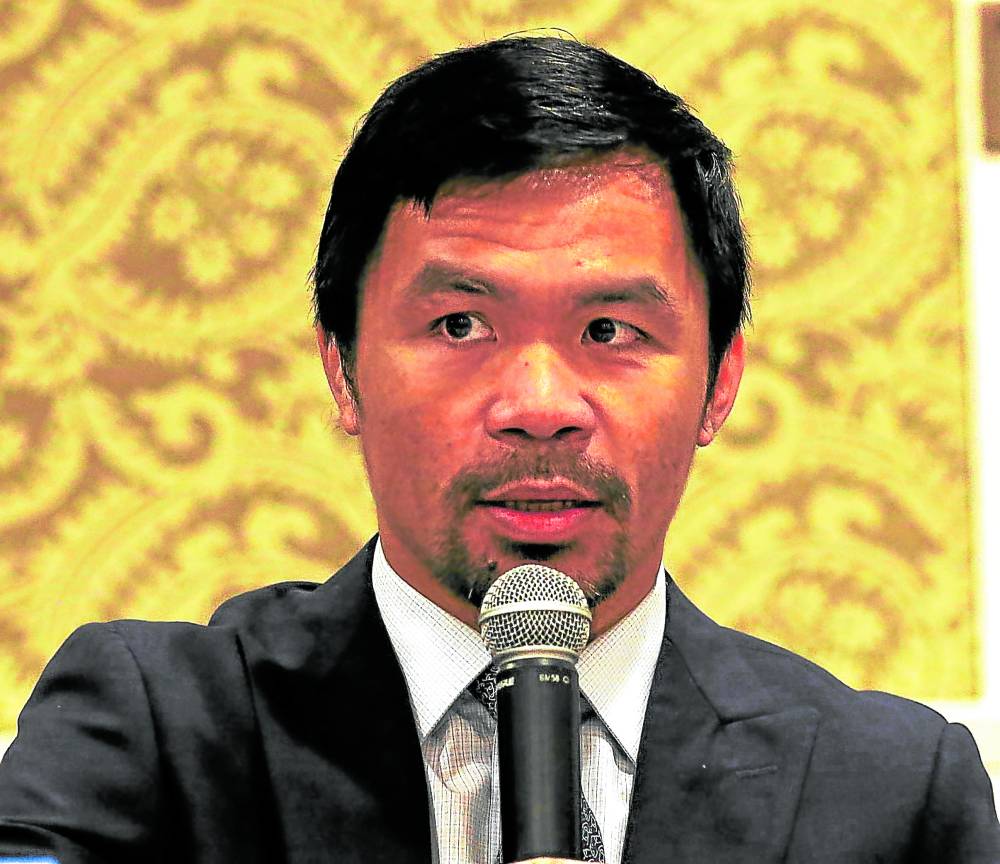 Teves on Saturday claimed that he has the support of most of the Negros Oriental towns and he is confident that voters will listen to him and vote for Pacquiao in the May 9 polls.

(You know, I’m a bit of an idol here in social media. I’m the one who has the most influencers here. I think they will listen to me. So that’s that. That’s how simple it is.)

Negros Oriental has over 900,000 voters while Dumaguete has about 90,000 voters, according to the Commission on Elections.

“I promise you, Manny will be number one here, 1,000 percent. You’ll see the crowd later,” Teves said.

Teves vowed to deliver a similar victory that he was able to achieve for Liberal Party presidential candidate Mar Roxas in the 2016 elections.

(In the past election, I endorsed Mar Roxas and he won here. With Manny Pacquiao, it’s easy to have him win here.)

Aside from Teves, the solon’s brother, former congressman and incumbent Bayawan Mayor Pryde Henry Teves has pledged Pacquiao a win here. The local executive is a leading candidate for governor of Negros Oriental.

Pacquiao is set to hold a grand rally here at the Rusi Ball Park.