TARLAC CITY — Telling her constituents that it is “time to move on”, the mayor of Tarlac City in Tarlac, the home province of the Aquino clan—has declared her support for the presidential bid of former senator Ferdinand “Bongbong” Marcos Jr.

During the grand rally of the tandem of Marcos Jr. and his running mate, Davao City Mayor Sara Duterte-Carpio, Tarlac City Mayor Cristy Angeles said it is “history in the making” that a Marcos stepped foot in Tarlac City, the capital of the province. 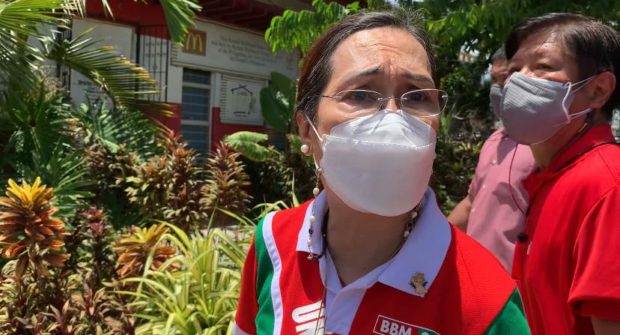 The rally was held at the Tarlac City Plazuela where a monument dedicated to remember the late former senator Benigno S. Aquino Jr., a key opposition figure during the time of late former president Ferdinand Marcos Sr., stood.

“Tapos na ang away ng mga kulay. Nandito tayo ngayon para magkaisa ng tunay (The war of the colors is now over. We are here today to unite),” Angeles said.

(The past is already over. It’s time to move on. We will move forward and forget what happened in the past because we need to unite for a better future.) 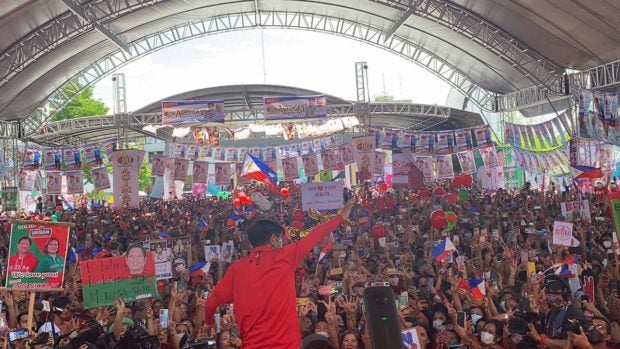 The Aquino monument faces the very stage where Marcos Jr. appealed to Tarlacqueños to elect him to Malacañang. But the monument of the late senator was partially obscured and by a tent.

Aquino Jr. was assassinated at the Manila International Airport on August 21, 1983.

The assassination of Aquino served as one of the triggers to what would later become the 1986 Edsa People Power Revolution that ousted Marcos Sr. from power.