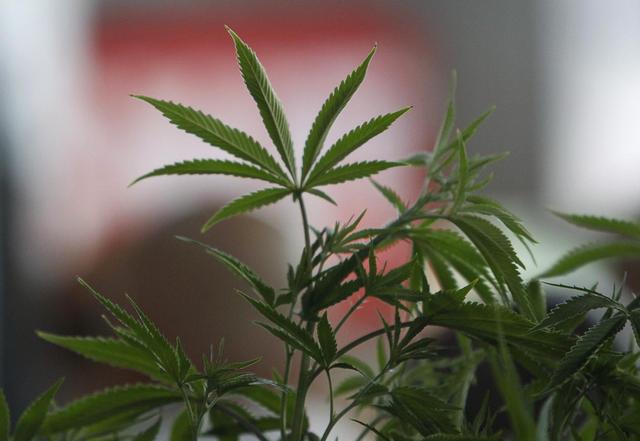 ZAGREB — With an admission ticket that can be rolled and smoked, Croatia’s new cannabis museum offers a experiential guide through the plant’s intoxicating history, featuring odes to reggae music and stoner movies.

Just opposite Zagreb’s main police station in a country that still outlaws marijuana for recreational use, it is the latest in a string of quirky establishments in the Croatian capital, which include museums dedicated to hangovers, broken relationships, and the 1980s.

“The plant is present in the history of humanity in almost all civilisations and undoubtedly deserves a museum,” Tvrtko Kracun, the museum’s owner, tells AFP.

At the cannabis museum, visitors are guided through a multi-millennial tour of the plant’s past told through videos, posters and exhibits.

Cannabis is believed to have first been cultivated in Central Asia some 10,000 years ago, and in the centuries since has gone on to become a cultural and economic staple across the globe.

The plant has thousands of uses, including in the manufacturing of oils, flours, cosmetics, animal feed, textiles, ropes, and building materials, according to the museum.

The museum also focuses on its “recreational use” — alongside written warnings about the health hazards that can come with excessive marijuana consumption.

– Rooted in history –
There are exhibits dedicated to water bongs along with displays about the legendary 1969 Woodstock music festival over which hovered a “cloud” of marijuana smoke emanating from the thousands of fans.

There is also a tent showcasing the cannabis cultivation process, complete with special lamps and a live plant.

Igor Lokotar, a political science student from Zagreb, says he was impressed with the historical background, including a display detailing how Napoleon Bonaparte’s soldiers brought cannabis to France from Egypt in the early 19th century.

“These are things you never learn in school,” he says.

Marijuana is legal only for medical use in the Balkan country.

Croatia allows for the purchase of cannabis with up to 0.2 percent THC content — the plant’s main psychoactive ingredient. The museum offers many popular legal cannabidiol (CBD) products for sale in its lobby, including drinks, oils, and sprays.

That the museum is just a stone’s throw from the police station is pure coincidence, says Kracun. Admission is free for employees of the interior, health and agriculture ministries — that are responsible for regulating cannabis.

Going to pot: Legalized cannabis around the world

Legalized pot: A rarity around the world

Dubrovnik or King’s Landing? Game of Thrones tourism is ‘blessing and curse’