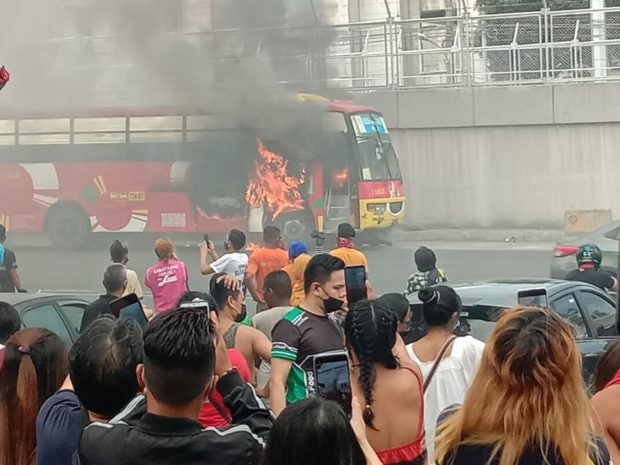 No one was reported hurt in the incident.

Police said the bus driver told investigators that the fire started from the wirings of the vehicle battery located behind the driver’s seat.