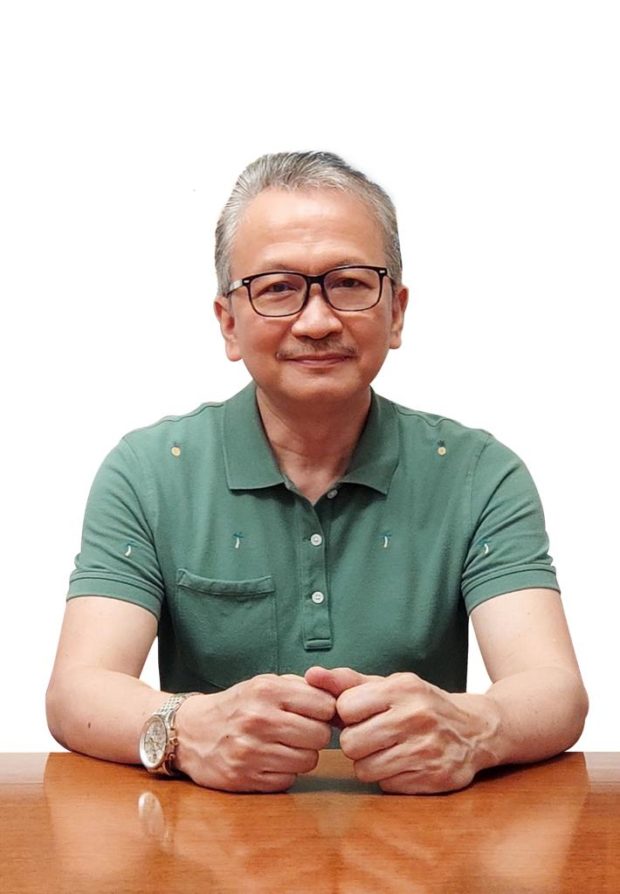 MANILA, Philippines — Tobacco harm reduction, which involves the use of less harmful cigarette alternatives such as e-cigarettes and heated tobacco products, offers the best approach to stop the smoking problem, according to a respected Filipino doctor.

“At the heart of tobacco harm reduction, vapor products or e-cigarettes and heated tobacco products are available as safer ways for people to continue using nicotine, but without the health risks of smoking. ‘Quit or die’ is no longer the only option for adult smokers who do not give up nicotine,” Dr. Lorenzo Mata Jr., president of advocacy group Quit for Good, said in an international forum organized by The Economic Times of India.

Dr. Mata is one of the panelists on the topic “Clearing the smoke: Assessing the science base for harm reduction and creating a framework for incorporating science into policy making”.  The discussion is part of 3rd Edition of The Economic Times Consumer Freedom Conclave that discussed “Reframing societal views on harm reduction: A medical and scientific perspective.”

“It is about time that we all recognize the effectiveness of vapor products or e-cigarettes and heated tobacco products as a risk reduction strategy for adult smokers, if we are talking about smoke-free alternatives as a replacement therapy,” he said.

Harm Reduction International, a non-government organization, said in a 2021 report that 98 countries have “supportive references to harm reduction in national policy documents.”

Dr. Mata said that in the Philippines, there are still 17 million smokers with a measly quit rate of 4 percent, measured as of 2015 which largely remained unchanged from 2009 when smokers only relied on quitting cold turkey or pharmacological nicotine replacement therapies like nicotine gums, nicotine patches and nicotine sprays.

“The cold facts on smoking prevalence in the Philippines are a testament to the ineffectiveness of these options in addressing the Filipino smoking habit. In that case, we should look into other ways of reducing the harm associated with smoking rather than seeing recalcitrant smokers going back to combustible cigarettes,” he said.

Lawmakers in the Philippines recently ratified the consolidated report on the Vape Bill, which seeks to regulate the manufacture, trade and use of e-cigarettes, heated tobacco products and other less harmful alternatives to combustible cigarettes.  The bill awaits the signature of the President.

Dr. Mata explained that these new products are different from traditional cigarettes because they do not involve burning and do not produce smoke.  “These smoke-free products only heat the liquid in vapor products and the tobacco in heated tobacco products, unlike combustible cigarettes which produce smoke by burning the tobacco. Harmful constituents are released in the smoke when the tobacco in a cigarette is burned. The World Health Organization stated that there are more than 4,000 chemicals in tobacco smoke—where  a minimum of 250 are harmful and more than 50 are said to cause cancer,” he said.

Tobacco harm reduction, as defined by the 2021 Global State of Tobacco Harm Reduction report, refers to “a range of pragmatic policies, regulations and actions which either reduce health risks by providing safer forms of products or substances or encourage less risky behaviors.”

According to the report, THR or “using safer nicotine products [or electronic vapor products], offers new choices to millions of people worldwide who want to switch away from smoking or other dangerous forms of tobacco use, but have been unable to with the options previously available.”

Dr. Mata said there is a strong need to educate both adult smokers and medical experts on the science behind the less harmful nature of smoke-free alternatives such as vapor products and HTPs.

“Clinical application of tobacco harm reduction as far as vapor products and heated tobacco products are concerned should be augmented to fast-track the decline in smoking prevalence,” he said.

He said that while he advises recalcitrant cigarette smokers to quit smoking altogether, he knows that many of them would not really quit.

“That (quitting) is the best route to eliminating the harms of combustible cigarettes. But I also know that a significant number of my patients do not really quit. To counteract this phenomenon, our advocacy for other ways of quitting combustible cigarettes becomes impactful. This is when vapor products and heated tobacco products come into play,” he said.

Dr. Mata said this is important because the success rate with nicotine replacement therapies such as nicotine gums, nicotine patches and nicotine sprays is very low. “But for progressive doctors like myself, we do not give up and instead go to another level in the risk reduction spectrum–that is recommending smoke-free vapor products and heated tobacco products to recalcitrant smokers. This is in fact where tobacco harm reduction is anchored to,” he said.

Unfortunately, many doctors still subscribe to the classical cessation approach or just prescribe nicotine replacement therapies despite the abundance of peer-reviewed scientific studies supporting the risk reduction benefits of vapor products and HTPs, he said.

“Therefore, we cannot overemphasize that medical professionals and clinicians all over the world should study and evaluate the extensive scientific evidence available that supports tobacco harm reduction and related products as better alternatives to combustible cigarettes—which based on scientific studies are less harmful and strongly associated with quitting smoking—to significantly decrease the smoking prevalence in the country,” he said.

Data from the World Health Organization shows that combustible tobacco smoking kills more than 8 million people each year.  “This is a wake-up call for every government to genuinely invest in the improvement of overall public health by any means possible,” he said.