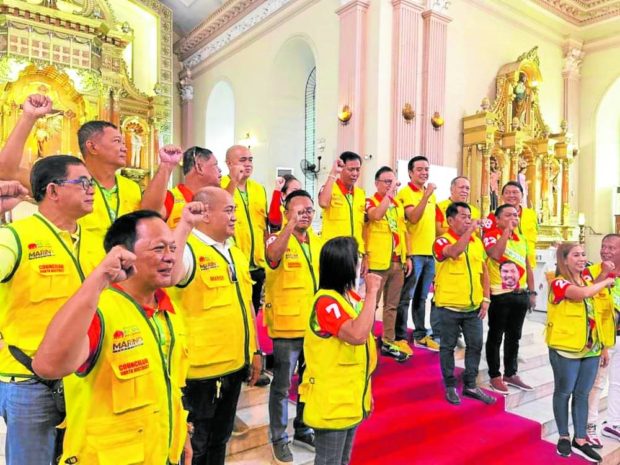 CEBU CITY, Cebu, Philippines — For a university professor in Cebu City, money and power play a huge factor in the dominance of certain politicians in local races.

“The field has narrowed down to those who can afford to find monetary sources and the monopoly of force to stand and defend its turf,” said Phoebe Zoe Maria Sanchez, a professor at the University of the Philippines Cebu’s History and Sociology College of Social Sciences, to explain why several candidates are running unopposed.

“[The] advantage [of being unopposed] is [a] sure win. The disadvantage is that nobody can truly prove and test political dynamics as in tune with democracy and participation,” Sanchez told the Inquirer in Facebook chat.

In the Philippines, Sanchez calls the presence of unopposed candidates as “poverty of cathexis, cornered by a society in distress.”

“The society is annoyed (nayayamot) and feels that the electoral exercise is a ‘sick-ass battle’ (‘nakakaumay’). The common tao calls it ‘shortage of leadership,’” she said.

“But the deeper meaning of this trend is drawn from the repeated pattern of electoral practice where the franchise is mustered by those who have the monopoly of force and the monopoly of funds,” she added.

A person, who sincerely wants to serve the public, ends up draining his/her funds since the election is designed for those who have the ability to source funds and the mastery of coercive force.

“It is basically a symptom of participatory democracy in distress,” she said.

In the Visayas, at least 90 candidates are unopposed, needing only one vote to clinch their victory in the May 9 elections.

According to records from the Commission on Elections, 42 of these candidates are running for mayor, 29 for vice mayor, 14 for a seat at the House of Representatives, two for governor, and three for vice governor.

The number of unopposed candidates this election, however, is lower compared to the 2019 polls where 146 candidates did not face an opponent. 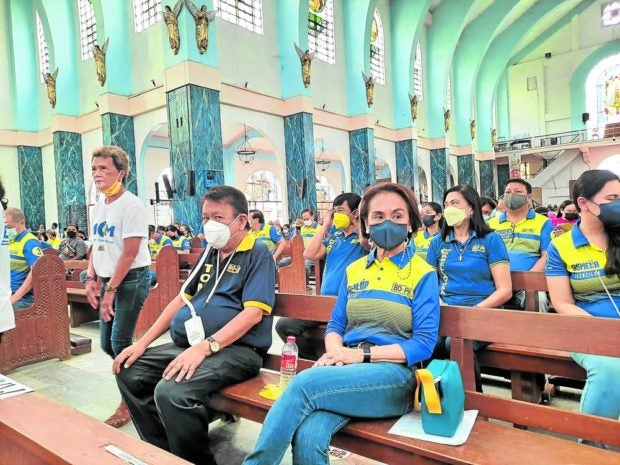 Most unopposed candidates in the Visayas are from big political families.

Take for instance the Espinas who have been ruling the island province of Biliran for about 30 years now.

Two clan members are unopposed: reelectionist Rep. Gerardo Espina Jr.; and his niece, Gretchen Espina, who is running for mayor in the capital town of Naval.

In Iloilo province, among those running unopposed are reelectionist Vice Gov. Christine Garin and her younger sister, Jennifer Garin-Colada, who is running for mayor in their hometown Guimbal.

The Garins are one of the political clans in Iloilo, dominating politics in the first congressional district for decades.

In Aklan province, Board Member Jose Miguel Miraflores, son of Gov. Florencio Miraflores, is unopposed for mayor of their hometown Ibajay.

Florencio, who is serving his last term, has fielded his other son, Jose Enrique, to replace him. While Jose Enrique has an opponent in the gubernatorial race, the Mirafloreses have never been defeated in the elections.

In Cebu, the younger brother of Gov. Gwendolyn Garcia will not face a challenger in his reelection bid.

Aside from taking the pressure off, he said, the candidate also would not need to spend much in the campaign.

Asked why no one dared to face him in the polls, Garcia, secretary-general of One Cebu, the most dominant party in the province, said: “I would like to think that it’s because of our performance, and our solid machinery in the third district which we have nurtured these past years. But who knows, really?”

Since he is unopposed, Garcia said he would campaign for the party’s candidates in the district as well as in the province of Cebu, where his sister would seek reelection against former Tourism Secretary Ace Durano. 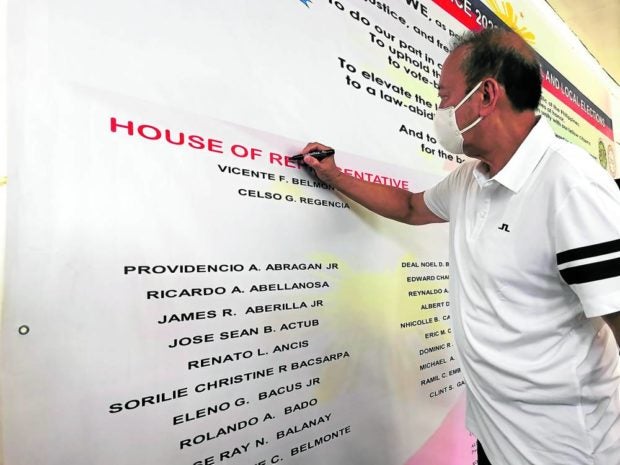 In Mindanao, the elections in many localities of the Bangsamoro region—particularly the provinces of Lanao del Sur, Maguindanao, Sulu and Tawi-Tawi—is expected to be “dull” as slates are unopposed.

In 14 of 19 towns in Sulu, there is practically no contest for elective seats. There are also no contest for governor, vice governor and two congressional representatives.

This gives time and opportunity for the local politicians, mostly from the administration Partido Demokratiko Pilipino-Lakas ng Bayan, to push for their favored national candidates.

The administration party’s council slates in Patikul, Tapul and Tongkil are also assured of victory.Elsewhere in Mindanao

In Tawi-Tawi province, candidates for the top two posts in the towns of Bongao and Languyan are unopposed. The candidate for vice mayor of Panglima Sugala will not face an opponent.

In Maguindanao province, the candidates for mayor and vice mayor in Datu Anggal Midtimbang and Guindulungan are without opponents.

Candidates in the top two posts in Bayugan City and the towns of Esperanza and Trento are unopposed.

The National Unity Party slate headed by reelectionist Veruela Mayor Myrna Mondejar is unopposed, save for one candidate for councilor.

In Sibagat, Maria Liza Evangelista is unopposed for vice mayor.

In Dinagat Islands, the candidates for mayor and vice mayor of Cagdianao are unopposed while the reelectionist vice mayors of Basilisa and Dinagat are assured of victory.

Among the unopposed candidates in Davao Oriental are Gov. Corazon Malanyaon, Rep. Nelson Dayanghirang and Nestor Uy, who is running for vice mayor of Tarragona.

In Davao de Oro, candidates for the top two elective seats in Laak and New Bataan towns, are assured of reelection.

In Davao del Sur, the candidates for mayor of Kiblawan and for vice mayor of Malalag are without challengers.

In South Cotabato, the candidate for vice mayor of Santo Niño is unopposed.

In Cotabato province, candidates for the two top elective positions in the towns of Antipas, Mlang, and President Roxas are unopposed while the vice mayor of Makilala is assured of reelection.

In Misamis Occidental province, candidates for the top two seats in Panaon, Bonifacio and Aloran are unopposed. The candidates for vice mayor in Sapang Dalaga, Tudela, Calamba and Don Victoriano Chiongbian are assured of victory.

In Misamis Oriental province, the candidates for vice mayor in Balingasag and El Salvador City are unopposed.

In Bukidnon province, the mayors and vice mayors of Kibawe and Libona are assured of reelection while the candidates for vice mayor in Kitaotao and San Fernando have no challengers.