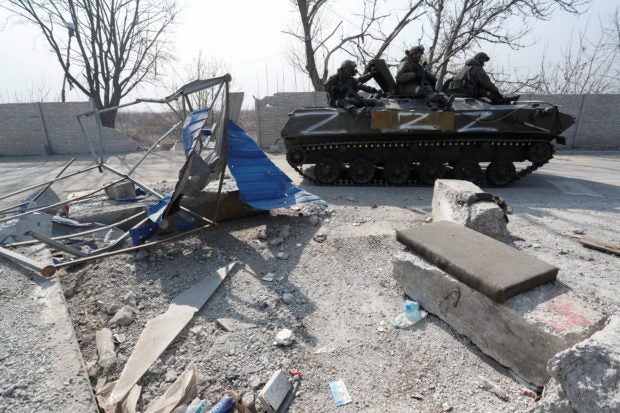 Service members of pro-Russian troops are seen atop of an armored vehicle with the symbols “Z” painted on its side in the course of Ukraine-Russia conflict in the besieged southern port city of Mariupol, Ukraine March 24, 2022. REUTERS/Alexander Ermochenko

WASHINGTON — Russia is running out of precision guided munitions and it is more likely to rely on so-called dumb bombs and artillery, a senior Pentagon official said on Thursday.

Undersecretary of Defense for Policy Colin Kahl speculated that he did not believe President Vladimir Putin wanted to have an all out conflict with NATO.