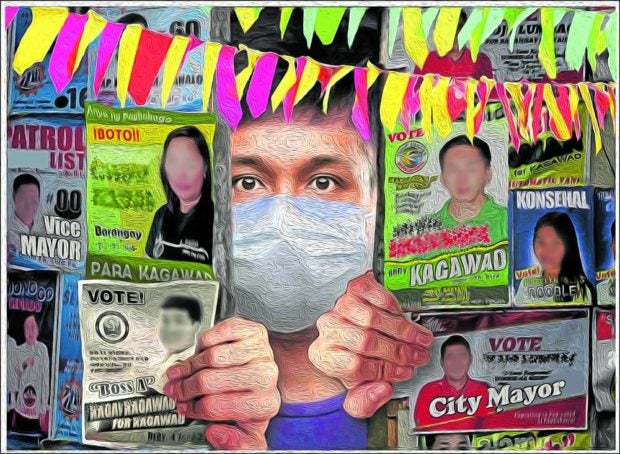 Dynasts, second-generation politicians, and millennials are running for mayor in Metro Manila’s 16 cities and its lone municipality, promising tight races two years into the COVID-19 pandemic.

The metropolis being a microcosm of personality-oriented Philippine politics, fierce showdowns can be expected between and among political families seeking to beef up or regain a stranglehold on local turfs.

In the next 45 days, the incumbents will have to show and articulate how well they have responded to the pandemic—or, in the estimation of their rivals, did not. The unprecedented spike in fuel prices, joblessness, and other pressing issues are also points for reckoning.

“In the pandemic, we realize that if we do not have the right officials, the pandemic response would fail,” Maria Ela Atienza, political science professor at the University of the Philippines, told Inquirer reporters in an online interview.

That’s why it’s important for voters to understand the responsibilities of local leaders and to ascertain if a candidate has the right skills for a position, Atienza said.

“LGUs (local government units) are very crucial because we always say, all politics is local,” she said. “The way people understand politics—whether they’re happy or not—depends on the daily interaction, and if they are affected by ordinances and regulations provided by the LGUs—whether they are conscious of these or not.”

Apart from the pandemic response, which could “make or break” a candidacy, Metro aspirants should also address such issues as burgeoning informal settlements, proper waste disposal, better air quality and clean water, and livelihood, according to Atienza.

The next batch of local leaders will face bigger responsibilities that come with the implementation of the Supreme Court’s Mandanas ruling, which increases the LGUs’ share in the national government’s tax revenue, and Executive Order No. 138, which mandates full devolution of basic services and facilities from the national to local governments, she said.

In Quezon City, Mayor Joy Belmonte is seeking a second term against Anakalusugan Rep. Mike Defensor in a face-off that will be closely watched.

Even before the campaign started, Belmonte, daughter of former Speaker and Mayor Sonny Belmonte, and Defensor have traded barbs on a number of points, including the city government’s pandemic response. Belmonte had come under fire for her poor handling of the health crisis in 2020. Critics specifically poked fun at the deployment of the mayor’s mascot in the distribution of relief goods to residents, but she recovered after initiating a massive rollout of vaccines and offering more access to COVID-19 testing.

“The difficulty in Quezon City is it’s very large. But the services have been great afterward. After some mistakes committed and initial errors in handling the pandemic, there were improvements,” Atienza said.

Eight other candidates are challenging Belmonte and Defensor, both 52 years old, for the same post.

Elsewhere, it’s a rerun of proxy wars between longtime officials who are fielding their progeny or proteges to keep themselves in power.

“They used to be allies. Now they challenge each other and sometimes, they do use substitute candidates,” Atienza said of the Estradas and Zamoras.

In Las Piñas City, eight candidates are hoping to do a Zamora by challenging Mayor Imelda Aguilar, 75.

“A new name should bring in something new and familiar at the same time. At the local level, face-to-face interaction and personal links, which are part of traditional politicking, are very important,” Atienza said.

In Caloocan City, Dale Malapitan, son of Mayor Oscar Malapitan, can succeed his father if he beats a scion of another prominent political family, Rep. Edgar Erice.

In other cities, family members switching posts are increasingly becoming the norm.

In Mandaluyong, Benjamin Abalos Sr., 86, again wants to be mayor with his daughter-in-law, Mayor Carmelita “Menchie” Abalos as running mate.

Abalos Sr. was cleared of graft charges over the alleged irregular purchase of vehicles worth P1.7 million in 2003 when he was Comelec chair, and the scandal-ridden national broadband network deal with China’s ZTE Corp.

“This is a result of the weakness of our political-party laws, as well as election laws. We also do not punish turncoats (“balimbing”) so it’s easy for members of political families to switch allegiances every election and after election. That’s how they survive,” she said.

In Parañaque, Mayor Edwin Olivarez and his brother, Rep. Eric Olivarez, are switching places, having reached the three-term limit of their respective posts.

In Valenzuela, the Gatchalian brothers are also swapping positions, with Congressman Wes, 41, running as mayor and Mayor Rex, 43, gunning for his seat in the House.

So are the Oretas of Malabon and the Tiangcos of Navotas.

Ahead of the campaign, Bernardo filed a cyberlibel complaint against the popular 32-year-old Sotto, who reportedly called him “uncooperative and unsupportive” in the city’s programs. Sotto, son of entertainment personalities Vic Sotto and Coney Reyes and nephew of Senate President Vicente Sotto III, was elected mayor in 2019, in the process toppling the Eusebio political dynasty.

“Vico Sotto may be young, he is not a member of a local political family, but he’s a Sotto,” Atienza said, noting that the family could be classified as a “thin” dynasty. “So let’s not put Vico on a pedestal, that he’s ‘someone new.’ He capitalized on being a Sotto.”

“The challenge for Vico now, since he started well, is to actually succeed in the May 2022 elections so that [we] can properly use him as a model for progressive politics,” Atienza said.

In Makati City, reelectionist Mayor Abby Binay, 46, will face only independent candidate Joel Hernandez after her younger sister, Anne Binay, withdrew from the race. The father of the two women is former Vice President Jejomar Binay, who is running for senator.

In Marikina City, Mayor Marcelino Teodoro’s run for a third and final term is being challenged by Rep. Bayani Fernando, who served as mayor from 1992 to 2001.

In Manila, Vice Mayor Honey Lacuna, a doctor, is seeking the mayor’s post and is up against Alex Lopez; Christy Lim, daughter of the late former Mayor Alfredo Lim; Elmer Jamias, a retired police general; Onofre Abad; and Amado Bagatsing. In Muntinlupa City, Mayor Jaime Fresnedi and Rep. Ruffy Biazon, political rivals-turned-allies, are switching places in the May 9 elections.