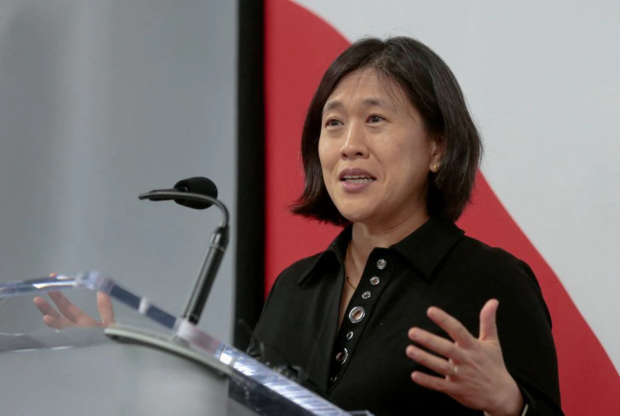 WASHINGTON — The U.S. Trade Representative’s office said on Wednesday it has reinstated 352 expired product exclusions from U.S. “Section 301” tariffs on Chinese imports, well short of the 549 exclusions that it was previously considering.

The reinstated product exclusions will be effective retroactively from Oct. 12, 2021, and extend through Dec. 31, 2022, USTR said. They cover a wide range of the initially estimated $370 billion worth of Chinese imports that former president Donald Trump hit with punitive tariffs of 7.5% to 25%.

A spokeswoman at China’s commerce ministry said on Thursday the U.S. decision was beneficial to normalizing the trade flow of those products, and hoped bilateral trade relations would get back on a normal track.

“Amid inflation spikes and challenges to the global economic recovery, we hope the U.S. could scrap all tariffs on Chinese products as soon as possible for the fundamental interests of consumers and producers in China and the U.S.,” spokeswoman Shu Jueting told reporters.

The Trump administration initially granted more than 2,200 exclusions to the tariffs to provide relief to certain industries and retailers. Most were allowed to expire, but 549 were extended for a year, and these expired at the end of 2020.

U.S. Trade Representative Katherine Tai last October launched a review of whether to reinstate those 549 exclusions as part of her strategy to confront China on its trade practices.

A series of virtual meetings with her Chinese counterparts since then yielded little improvement in China’s performance under Trump’s “Phase 1” trade agreement with Beijing.

US and China near deal that would suspend planned tariffs