Limited DFA slots force applicants to line up at night 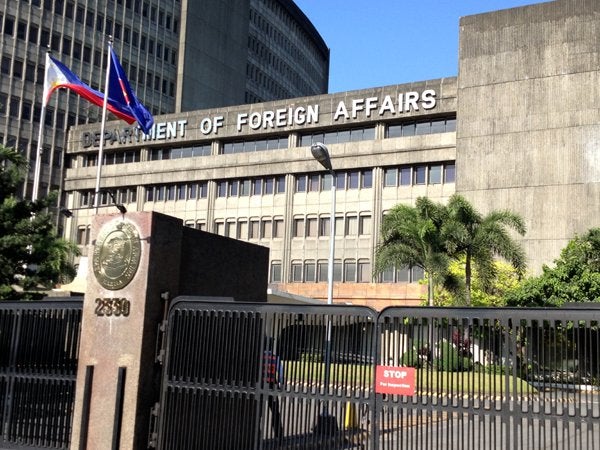 MANILA, Philippines — Hundreds of people have been lining up at the Department of Foreign Affairs’ (DFA) Aseana Business Park Office in Parañaque City since last week when the foreign office announced the opening of its courtesy lane to eligible walk-in applicants for passport and apostille services.

On Tuesday night, some 800 applicants for apostille appeared at the DFA office, prompting it to temporarily suspend its walk-in apostille services on Wednesday (March 23), saying it had already reached the number of applications it could process within the day.

Since the Philippines’ accession to the Apostille Convention in 2019, those who want to submit Philippine documents abroad need only apply for an apostille certificate instead of having the documents authenticated in a foreign embassy or consulate.

“Suddenly, in the night, 800 applicants for apostille appeared in Aseana. DFA mobilized to care and feed for them,” said Foreign Secretary Teodoro Locsin Jr. in a post on Twitter.

“I ordered the deployment of diplomatic staff to man the desks completely in 14-hour shifts. Suspicion of sabotage is irrelevant; they need public service,” he added.

In a separate advisory, the DFA advised the public against lining up at the site at the wee hours, saying they allow entry into the DFA premises for walk-in applicants at 7 a.m.

However, the DFA admitted that it could process only 300 applicants a day at the DFA-Aseana and that walk-in service at the site would resume today (March 24).

Some of those who lined up came from the provinces, while others have repeatedly been lining up every day but still failed to make it to the daily cutoff.

Many of them had to endure the sweltering heat waiting for their turn to enter the DFA building.

One of them, Regina Mercado, a 43-year-old solo parent from Taguig City, said it was her third time to line up since last week to have her and her 6-year-old daughter’s papers for Canada processed at the DFA.

“I have been there three times already but still no luck since the line was really long. I heard many of those who came have been sleeping on the sidewalk just to make it to the cutoff. I’m already considering doing it but I’m also concerned about my and my daughter’s safety if we stay outside the DFA during the wee hours. If it’s just me, I wouldn’t mind,” she told the Inquirer.

While many were thankful that the DFA allowed walk-in transactions, others expressed disappointment as only a limited number of applicants can be accommodated in a day.

“I hope they can increase their quota so more can be accommodated, especially those who came from the provinces,” said Sonny Almario, a 63-year-old resident of Bulacan. He said it was his second time to line up since last week for passport renewal application.

The DFA advised applicants to consider going to other DFA consular offices for the processing of their documents.

He also stopped the allocation of passport application appointment slots to OFW recruiters after some individuals and groups were apparently found to be selling these online for a hefty sum.

This came on the same day the DFA started accommodating passport courtesy lane walk-in applicants in all consular offices in the Philippines.

The DFA made the move in response to the big demand for courtesy lane walk-in applications after it first announced the opening of a courtesy lane at its Aseana Business Park office.

The DFA said walk-in applicants should be fully vaccinated, qualified to avail themselves of the courtesy lane, and able to present core passport application requirements along with the required documents such as senior citizen identification card for senior citizens; proof of pregnancy for pregnant applicants, and valid PWD identification card for persons with disabilities.

Minors age 7 years and below must be accompanied by a parent or a legal guardian and present an original and photocopy of Philippine Statistics Authority birth certificate of the minor.

The DFA also reminded eligible applicants to bring proof of vaccination as “unvaccinated and partially vaccinated applicants will not be accommodated.”

The DFA Office of Consular Affairs also “strictly advises the public to make sure they meet the necessary qualifications to access the courtesy lane before visiting the consular offices to avoid any inconvenience.”

DFA to open all consular offices to walk-in passport applicants