PH urges nations to ensure no use of chemical weapons 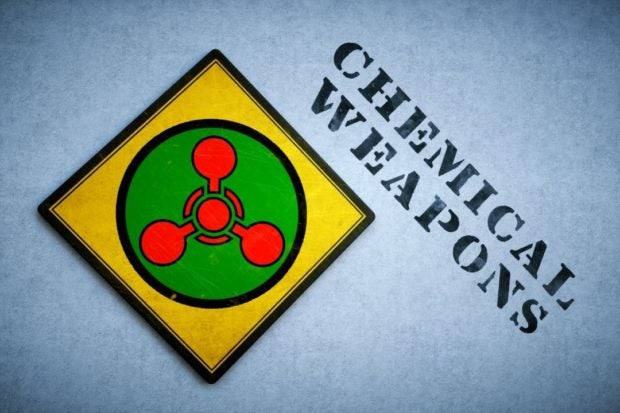 MANILA, Philippines — The Philippines is urging fellow nations to ensure that no chemical weapons and other weapons of mass destruction are ever used and civilians are unharmed and protected especially in conflict areas.

Philippine Permanent Representative to the Organisation for the Prohibition of Chemical Weapons (OPCW) Ambassador Eduardo Malaya called for the observance of international humanitarian law amid “recent grim developments” during the 99th Session of the Executive Council of the OPCW held at the Hague.

“As we monitor recent grim developments, we need to remain vigilant and ensure that civilians are unharmed and protected and international humanitarian law observed. We should further ensure that no chemical weapons and other weapons of mass destruction are ever used,” Malaya said.

With reference to the evolving developments in Ukraine, Malaya reiterated the call of Foreign Secretary Teodoro Locsin Jr. for the international community “to reaffirm by more than words its commitment to the peaceful settlement of disputes,” along the lines of the Manila Declaration on the Peaceful Settlement of International Disputes, which provides the legal framework for recourse to diplomacy, dialogue, and rule of law.

Malaya further urged the participating delegations to “rededicate ourselves to the ideals of the UN Charter, notably the cornerstone principles of no threat or use of force and the peaceful settlement of international disputes.”

“Let us keep in mind what brought us together as signatories of the Chemical Weapons Convention and other disarmament treaties, and work earnestly to realize the noble aspiration best expressed by the Greek Aeschylus—to ‘tame the savageness of man and make gentle the life of this world,’” he added.

The Convention on the Prohibition of Chemical Weapons entered into force in 1997 and has 193 member states to date.

The OPCW Executive Council, on the other hand, is composed of 41 elected member states, including the Philippines, and holds three regular sessions annually.