With no pol backers, volunteers mobilize in Robredo sortie in hostile territory 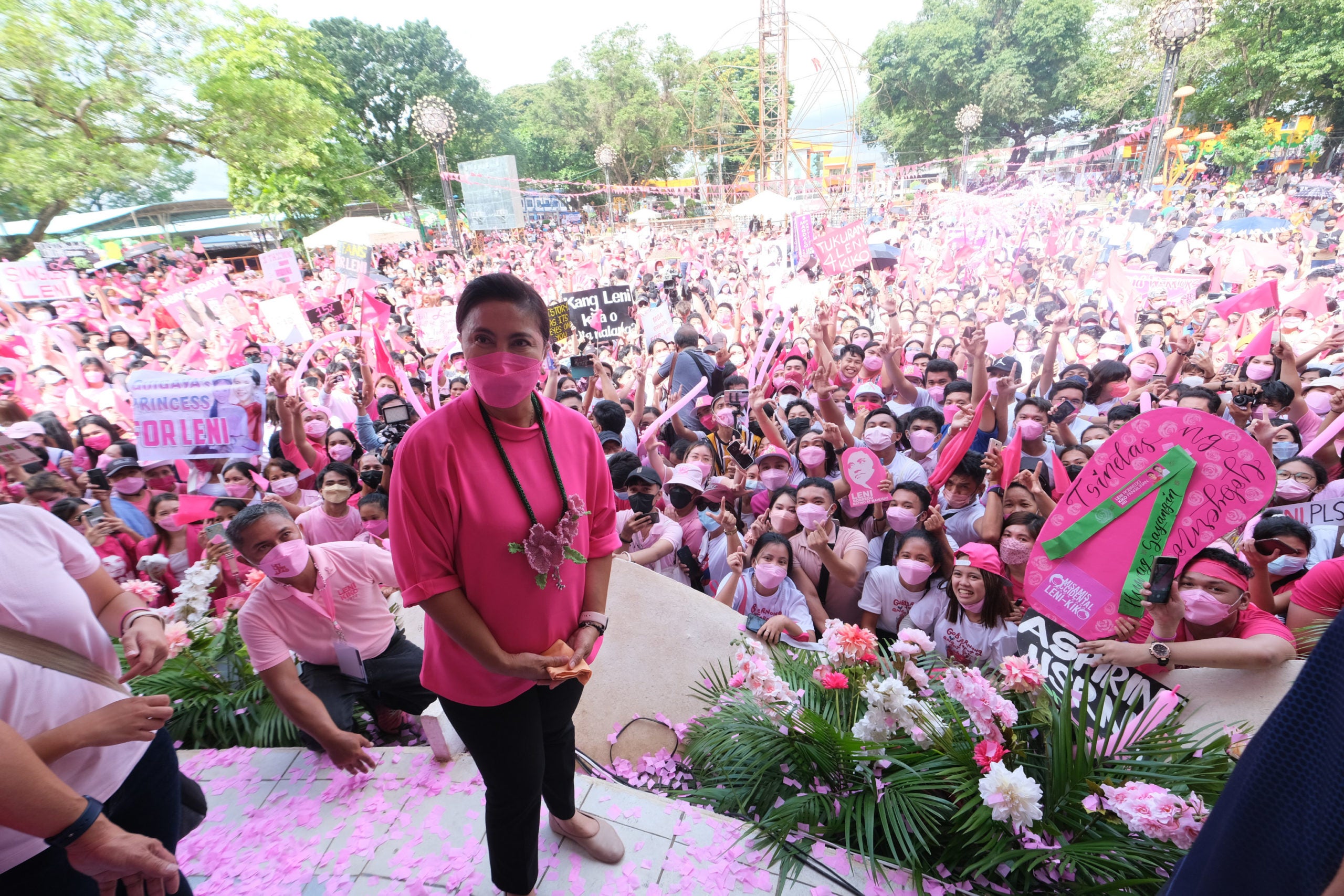 Volunteers from various sectors in Zamboanga del Sur pulled their efforts together for a rally here on Friday for Vice President Leni Robredo, manifesting her goal of going on a people’s campaign.

Organizers estimated the crowd at the Plaza Luz ground between 4,000 to 5,000 people. Campaigners for the vice president consider the province a “hostile territory” as there are only a handful of local politicians backing Robredo’s presidential bid.

“You surprised me,” Robredo told her supporters.

Among those that mobilized participants were doctors and health workers in government and private hospitals who expressed gratitude to the vice president for coming to their aid at a time when personal protective equipment was in short supply at the height of the COVID-19 pandemic.

They were joined by interfaith advocates and officials and workers of electric cooperatives in Zamboanga del Sur and Misamis Occidental provinces.