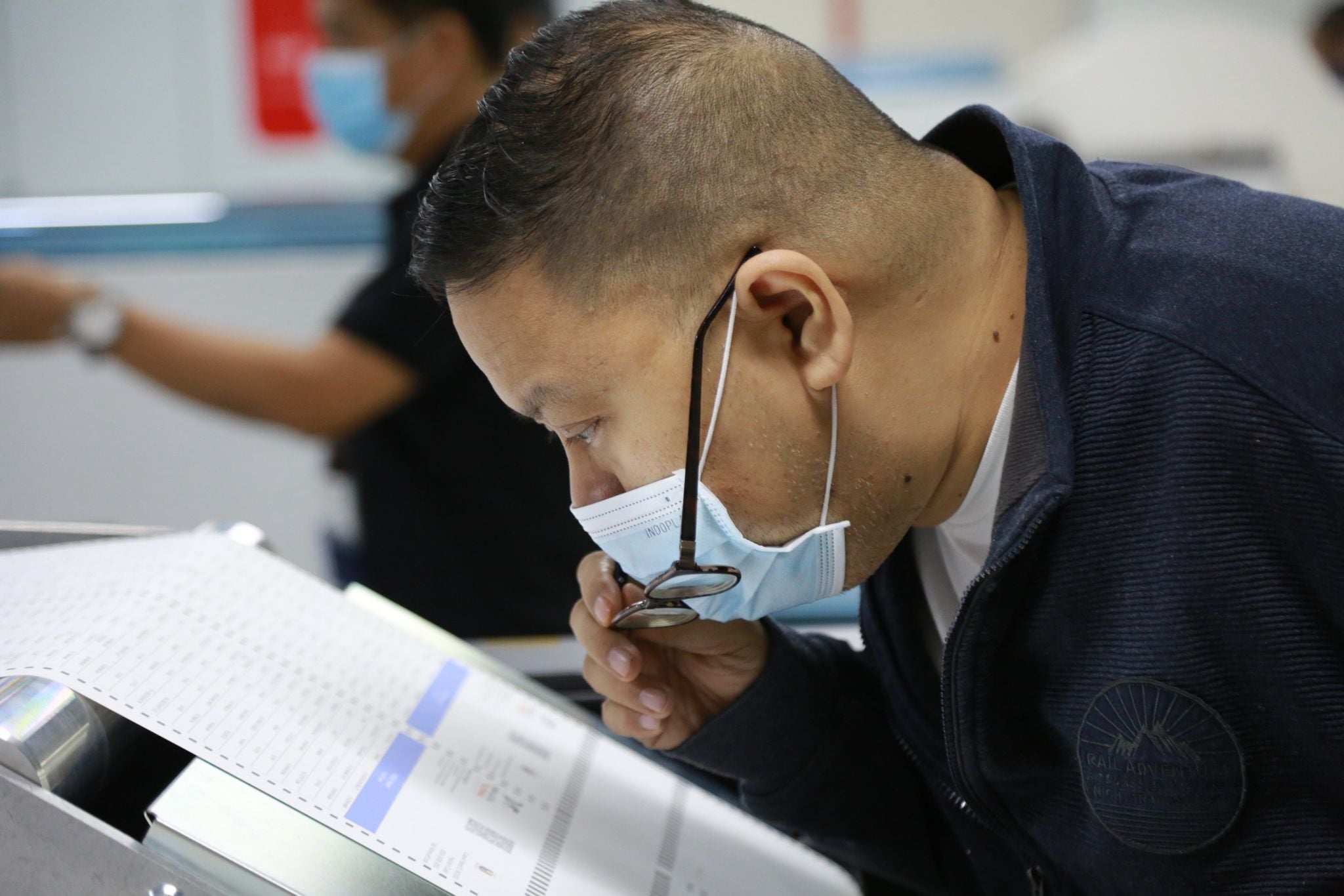 Comelec spokesperson James Jimenez inspects the printing of AES ballots for the May 9, 2022 National and Local Elections, which started at approximately 11:27 A.M on January 23, 2022, at the National Printing Office (NPO). COMELEC/Facebook

MANILA, Philippines — The Commission on Elections (Comelec) has begun streaming the printing of official ballots for the May 9 elections on its social media platforms following complaints from candidates and political parties, the poll body’s spokesperson said on Friday.

James Jimenez, spokesperson for the Comelec, said the “uninterrupted” live feed from the National Printing Office (NPO) in Quezon City will be accessible 24 hours every day, seven days a week.

“The livestream will go on for as long as ballots and other election paraphernalia are being printed,” Jimenez said in a statement.

“Consider this move our way of communicating to the public that their concerns do not fall on deaf ears, and that the Comelec will take all steps necessary to promote transparency and secure public trust for the elections,” he added.

On the first two days, the livestream showed video images from the printing area, packing and shipping area, and quarantine room at the NPO.

The quarantine room is where ballots, rejected due to irregular margins, smudges, and other deficiencies, are rechecked.

Aside from this, Jimenez said the Comelec also put up observation areas at the NPO and its warehouse in Sta. Rosa, Laguna.

The livestream began on Thursday, just two days after veteran election lawyer Romulo Macalintal questioned the Comelec’s denial of their request to send representatives of presidential bet and Vice President Leni Robredo to the NPO to witness the ballot printing.

Both Rodriguez and Macalintal said they had written the Comelec to ask that their representatives be allowed to observe the printing of ballots as mandated by the Omnibus Election Code.

But Comelec executive director Bartolome Sinocruz denied their request, saying that “critical areas” at the NPO were off-limits.

Worse, the candidates’ campaign teams learned that the decision to disallow party observers was made only by Election Commissioner Marlon Casquejo without the concurrence of the other commissioners.

On March 16, Casquejo said the decision was a mistake and apologized.

On the same day, newly appointed Commissioner George Garcia announced that the Comelec will allow the random testing of ballots as requested by the candidates.

Comelec: 73% of ballots for May polls already printed

Comelec clarifies only over 100,000 ballots had been found defective