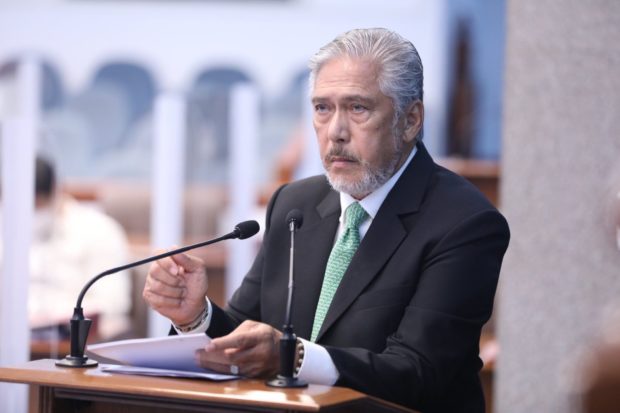 MANILA, Philippines — The contractual employee of Smartmatic allegedly involved in a purported security breach was identified by the National Bureau of Investigation (NBI) to senators and was taken into custody for the execution of his affidavit.

This was according to Senate President Vicente Sotto III, who was present during an executive session of the joint congressional oversight committee (JCOC) on the elections on Thursday.

The employee in question was identified by the NBI during the closed-door meeting but the rest of those suspected to be involved in the alleged security breach were “unnamed,” Sotto told INQUIRER.net in a text message on Friday.

When asked if senators were told that the employee is in the custody of the NBI, Sotto said: “He was when they took the affidavit.”

“I don’t know now,” said the Senate president, who is running for vice president in the 2022 elections.

INQUIRER.net has reached out to the NBI for confirmation if the Smartmatic employee is still in its custody but has yet to receive a response as of writing.

It was JCOC chairperson Senator Imee Marcos who first told reporters about the alleged security breach in the operations of Smartmatic, citing what has been disclosed to senators during Thursday’s executive session.

(The NBI presented a witness and they said they have an affidavit, there’s also an ongoing search warrant, there was really a security breach.)

(Smartmatic should be sanctioned, it’s a bit late in the day already, we have limited options, we can’t replace them at this point in time.)

According to Marcos, the “buyers” of the information have yet to be identified. She also said there had been alleged incidents of extortion.

In light of the alleged security breach, Marcos pushed for the random testing of ballots and the reconfiguration of SD cards to be used in the vote-counting machines (VCMs).

Smartmatic representative Atty. Christopher Ocampo has earlier denied there was a “personal data breach” in Smartmatic’s operations “that could possibly affect the 2022 national and local elections.”

“We just want to clarify that that is not true. There’s no truth to that,” he told reporters on Thursday after a public hearing of the Senate electoral reforms committee, which is chaired by Marcos.

While the company provides the automated election system, it is not involved in the processing or storing of personal data of any voter for the 2022 polls, according to Ocampo.

As for the Comelec, Commissioner George Garcia said they would wait for the NBI’s report to ascertain whether a security breach really happened.