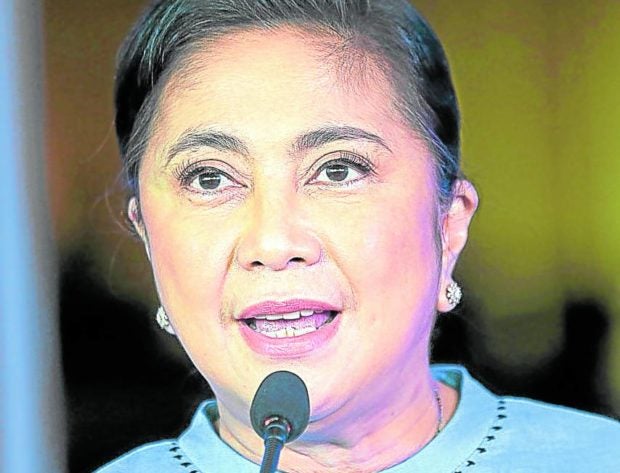 The latest addition to the growing number of individuals and groups supporting Robredo were Luwalhati Antonino, former South Cotabato representative and chair of the Mindanao Development Authority, and Miguel Rene Dominguez, former governor of Sarangani province.

Dominguez, wearing a pink shirt, introduced Robredo to a huge crowd of mostly youth gathered on Tuesday (March 15) at the Oval Plaza, and endured the heat and rain prior to her arrival, as the “incoming president of the Republic of the Philippines.”

“Tonight, it is important that we, the youth, pick the right leader who can do great for our future in General Santos and Sarangani,” Dominguez, speaking in the local language, said at the rally.

Dominguez, son of former Presidential Adviser for Mindanao Paul Dominguez, and nephew of Finance Secretary Carlos Dominguez III, returned to the private sector after serving as governor from 2004 to 2013.

Antonino, wife of former city mayor and South Cotabato representative Adelbert Antonino, also described Robredo as “the next president of the Philippines.”

The Antoninos founded the local political party Achievement with Integrity Movement, which is fielding local broadcast personality Elmer Catulpos, owner of media company Brigada Group, for mayor of this city.

“I am here to appeal for our future, we need to fight for it because the next six years will be difficult for our country. Our country will become bankrupt if we choose the wrong leader,” said Antonino in the local language. She served as South Cotabato first district representative from 1992 to 2001.

Antonino described Robredo as an “honest and capable leader.”

Dominguez, Sarangani’s youngest governor, was the first recipient of the Jesse Robredo Leadership Award given in 2013.

Read Next
PSA: Unemployment rate slightly drops to 6.4% as of Jan. 2022
EDITORS' PICK
High inflation: Your P1 is now worth only 87 centavos
UK’s Boris Johnson will resign, BBC reports
Geek out at TOYCON 2022 powered by Smart Signature
House energy committee chair Arroyo bats for cheap electricity
High-risk pregnancy: Reducing your risk is in your hands
Unemployment rate up to 6% in May
MOST READ
Suspect in grisly killing of missing woman in Bulacan arrested
Bankrupt Sri Lanka asks Putin for fuel, tourists
Kim Atienza’s daughter flaunts bikini body in response to critics of her ‘revealing photos’
Bongbong Marcos’ first order: Abolish PACC, Office of Cabinet Secretary
Don't miss out on the latest news and information.