Iqbal tells Bangsamoro: We can’t support a candidate who’ll bring back past horrors 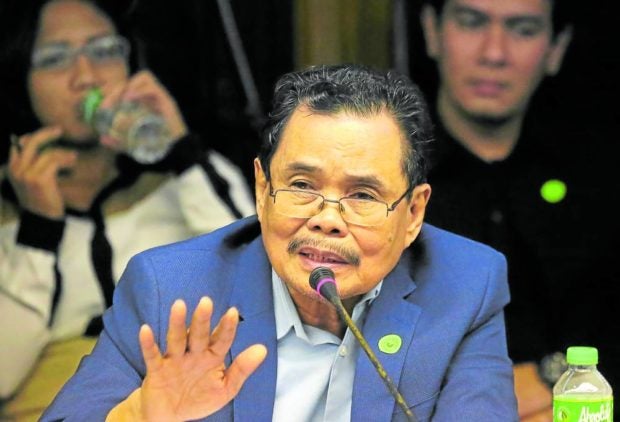 PAGADIAN CITY, Zamboanga del Sur — While the Bangsamoro government has not yet decided on which presidential candidate it would support in the 2022 national elections, one of its key members has already asked the parliament not to support a candidate who will bring back the horrors of the past.

In his privilege speech during Thursday’s Bangsamoro Transition Authority Parliament session, Minister of Education Mohagher Iqbal said that the Bangsamoro government should be united in choosing a worthy candidate for president — one that would not let people suffer past atrocities.

“Collectively, we should once again be one body for a single cause of choosing a worthy candidate for the position of President of the Republic of the Philippines: a candidate who will preserve and defend the Bangsamoro cause,” Iqbal told the parliament.

“A candidate who will assure that our women and children will not suffer the atrocities of the past, and instead wake up to a bright and colorful future brought about by living in a peaceful, harmonious, and developed community,” he added.

“In the same breath, we cannot support a candidate who will bring back the horrors of the past, or not honor the sacrifices of our brothers and sisters […] We should choose a president who is a friend of the Bangsamoro people,” he noted.

Just on Wednesday, Iqbal and the Minister of Interior Naguib Sinarimbo who is also the Bangsamoro government’s spokesperson said that they have not expressed support to any presidential candidate yet.

This was after Vice President Leni Robredo visited the Bangsamoro government complex on the same day.

Iqbal went further to say that he does not think the Bangsamoro government as a whole would release an endorsement.

It is not clear who Iqbal was referring to, but out of the top six presidential candidates, only former senator Bongbong Marcos has links to the supposed abuses that the Moro people endured — by virtue of his relationship to his father, late dictator and former president Ferdinand Marcos.

The older Marcos, who imposed military rule for many years during his two decades regime, has been deemed responsible for the attacks against Moros in Mindanao — from several abductions and massacres, some of which remain unresolved up to now.

In fact, a militant Moro group rebutted former Senate President Juan Ponce Enrile’s claim that the Jabidah massacre was a hoax, saying that the event itself inspired people to take up arms against the government.

Also, he underscored that the BOL is still imperfect, as a lot of issues would have to be threshed out with the national government.

“Remember, what makes the peace negotiations a bumpy road is because of the lack of commitment of the persons leading the Malacañang Palace back then.  If we will not unite on this, remember that the Bangsamoro Organic Law is not really the full embodiment of the comprehensive agreement on the Bangsamoro,” Iqbal stressed.

“The present Bangsamoro Organic Law is still a work in progress.  In fact there are lots of things that need to be discussed and argued in the inter-governmental relations body,” he added.