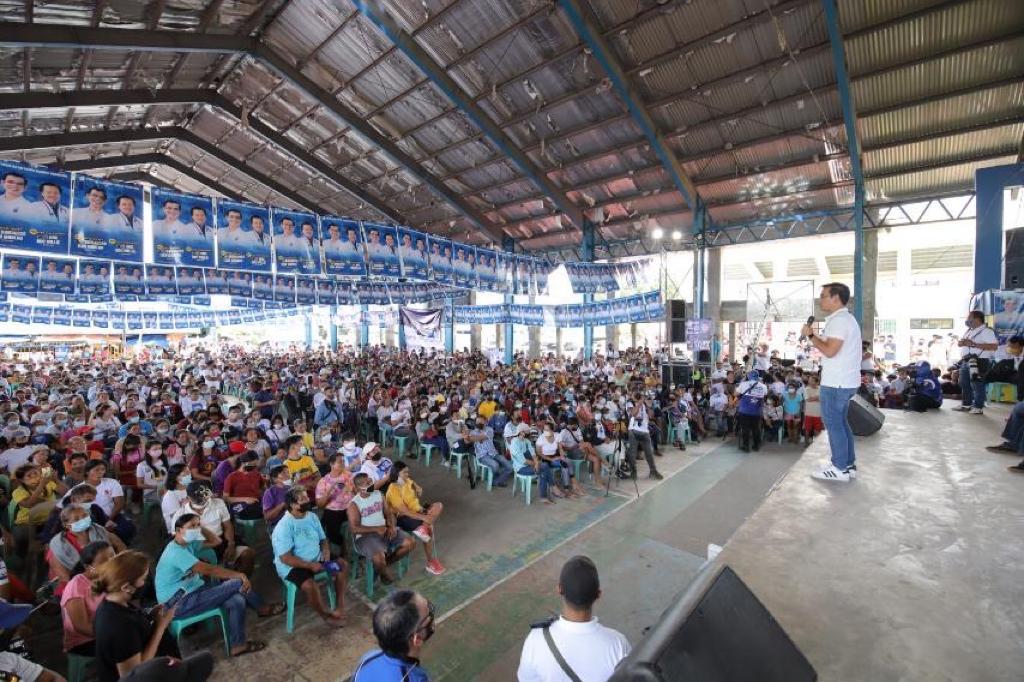 MANILA, Philippines — Aksyon Demokratiko standard-bearer and Manila Mayor Isko Moreno Domagoso wrapped up his three-day sortie in the Bicol Region with a motorcade along the streets of Oas, Albay followed by a town hall meeting attended by thousands of Bicolanos who gave him and the rest of the Aksyon candidates a warm welcome.

Moreno will be in Bacolod City today along with senatorial bets Jopet Sison and John Castriciones. A series of motorcades and town hall meetings will be the highlight of Team Isko’s barnstorming of Negros Occidental.

Aksyon Demokratiko vice presidential bet Dr. Willie Ong will be in Bohol province together with senatorial bet Dr. Carl Balita as part of Team Isko’s strategy to cover as much ground as possible since the half-way of the national campaign draws near.

The “silent majority” in the Bicol region was in full display in all the campaign activities of Team Isko with the Aksyon Demokratiko presidential bet clearly winning the hearts of the people in Albay, Sorsogon and Masbate.

People from far-flung barangays even took time to go out of their homes to get a chance to see Moreno and the rest of the Aksyon candidates regardless if it’s through a motorcade or by attending town hall meetings organized by the party and local leaders.

“We will continue to be with people, reach as many kilometers as possible and to try to convince them, pipilitin nating suyuin  iparamdam sa mga tao kung ano ang mga bagay na gusto nating mangyari para sa susunod na panahon ng  buhay natin. Because of the crisis, kailangan talaga natin crisis manager in the coming days and weeks,” he said in an interview after a town hall meeting with more than 2,000 Bicolanos in Oas, Albay.

“My job  (as a candidate) is i-share ko sa taongbayan yung karanasan ko, yung pananaw ko, yung kakayanan natin, or what we called administrative ability being a crisis manager. Because there will be crisis in the coming weeks, months, because yung mga unthinkable, nangyari – the pandemic, the war. The safe way to do is magkaroon ng foresight,” said Moreno.

Asked by the media when is he planning to barnstorm Camarines Sur which is 15th in the list of vote-rich provinces in the country with 1,307,553 voters, Moreno said Team Isko is scheduled to go back to Bicol soon.

“In fact, Bicol region is about 4 million voters di ba? Why not? We will try to reach them as many as possible, as far as possible, so many kilometers as possible. But we have to balance also. We cannot just take a week for a particular region alone so, we wanted to reach at least two regions per week as much as possible. So, within that region as many municipalities as much as possible. Ganun yun approach namin. Tapos medyo deretso sa tao. Yung ganito, warm, close, may eyeball, and so on and so forth,” Moreno explained.

After barnstorming the provinces of Masbate on Sunday and Sorsogon on Monday morning, Moreno and his slate immediately proceeded to Albay province for a series of motorcades and town hall meetings in the municipality of Daraga and Oas up until Tuesday.

Moreno was treated like a ‘rock star’ as people from all walks of life mobbed him upon his arrival Monday afternoon in Daraga named as the “cleanest and greenest” municipality in Bicol.

Following a town hall meeting at Barangay Bagumbayan in Daraga, attended by hundreds of residents including local officials, supporters both young and old surrounded the presidential candidate even before he could hop on a medium-sized flatbed truck with a make-shift roof that will take them around the municipality through a motorcade.

The Manila mayor was still full of energy talking to the people despite already being busy earlier in the day as he and the rest of Team ‘Isko’ toured Sorsogon City, also through a motorcade.

Moreno also led the ribbon cutting of the headquarters of the Alliance for Isko Movement Headquarters which will house volunteers and supporters of Aksyon Demokratiko in the province and presided over a town hall meeting at the Sorsogon Provincial Gymnasium attended by hundreds of people.

Daraga residents who patiently waited for his arrival here approached to take selfies with him and he gamely obliged. Moreno also signed his signature on the campaign shirts brought by his supporters.

Moreno also uttered some words of comfort and gratitude to the elderly who were among those who brave the afternoon heat just to get a chance to meet the young leader who is destined to become the next president of the country.

As the truck carrying Moreno and the rest of ‘Team Isko’ passed through the streets of Albay, the presidential candidate cannot help but admire the beauty of the iconic and picturesque Mayon Volcano whose view was clearly seen due to the clear sky.

Following their sortie in Daraga, Moreno and the rest of Team ‘Isko’ went to Ligao City for a meet and greet with hundreds of their supporters who greeted and took photos with him.