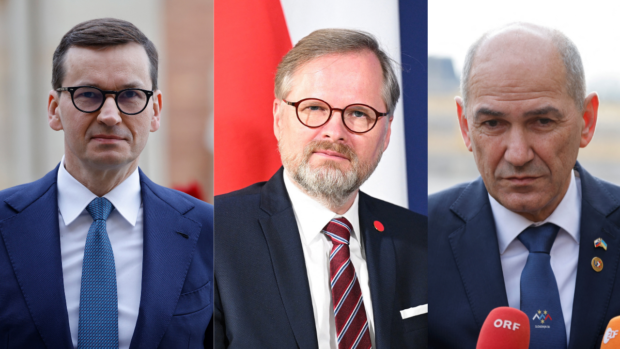 WARSAW — The Polish, Czech and Slovenian prime ministers will travel to Kyiv on Tuesday to meet with Ukrainian President Volodymyr Zelensky, the Polish government said in a statement.

The visit comes amid deadly Russian strikes on the Ukrainian capital, which has nearly been encircled by Moscow troops, and as Russia and Ukraine are due to resume talks to end the nearly three-week war.

The three will be visiting as “representatives of the European Council”, the statement said.

“The purpose of the visit is to confirm the unequivocal support of the entire European Union for the sovereignty and independence of Ukraine and to present a broad package of support for the Ukrainian state and society,” the statement said.

China denies US claim that Russia asked for help in Ukraine