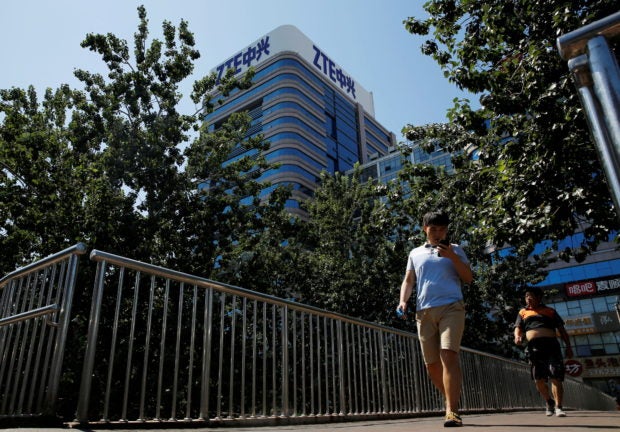 An FBI agent testified on Monday that Chinese nationals brought to the United States under research visas went to work for ZTE Corp in New Jersey – a possible sign the Chinese tech company violated its probation from a 2017 U.S. plea deal.

At a hearing in federal court in Dallas, FBI special agent Marcus Wondergem said Chinese nationals came to the United States under the guise they would be doing research at the lab of Georgia Tech professor Gee-Kung Chang, but spent almost no time there and moved to apartments near ZTE in Morristown, New Jersey.

“Is it true that some of these individuals spent months without entering the lab?” Assistant U.S. Attorney John de la Garza asked Wondergem.

“Yes, it is,” Wondergem replied.

The testimony may indicate that ZTE violated its probation from its guilty plea in a case involving illegally shipping American technology to Iran. U.S. District Court Judge Ed Kinkeade summoned the company to his courtroom over the possible violation involving an alleged conspiracy to commit visa fraud.

ZTE’s shares declined after word of the hearing surfaced about a week ago, falling more than 12% last week in Hong Kong and then slipping 7% further on Monday.

Chang and Jianjun Yu, a former ZTE research director in New Jersey, are accused of conspiring to bring Chinese nationals to the United States to conduct research at ZTE between at least 2014 and 2018, according to an indictment unsealed in March 2021.

The Chinese nationals were in the United States on J-1 visas, which are intended for work and study at sponsoring institutions like Georgia Tech.

During his testimony, the FBI’s Wondergem said he checked the door logs for the Georgia Tech lab and produced leases for apartments in Morristown.

On cross-examination by Dallas lawyer Scott Barnard, who represents ZTE, Wondergem acknowledged that the sponsor of the J-1 visas – Georgia Tech, not ZTE – was responsible for the accuracy of the visa applications and that “research scholars” are permitted to work at more than one location.

Wondergem also said that, despite years of investigation in the Georgia Tech case, neither ZTE nor a U.S. subsidiary was indicted.

No other witnesses are expected to be called for the hearing and closing arguments were set to begin later on Monday. It is unclear when the judge will rule on whether ZTE violated its probation.

Chang has pleaded not guilty. A lawyer for Chang, Robert Fisher, declined to comment. Yu’s status is unclear. ZTE said he left the company in 2019.

Biden signs legislation to tighten US restrictions on Huawei, ZTE