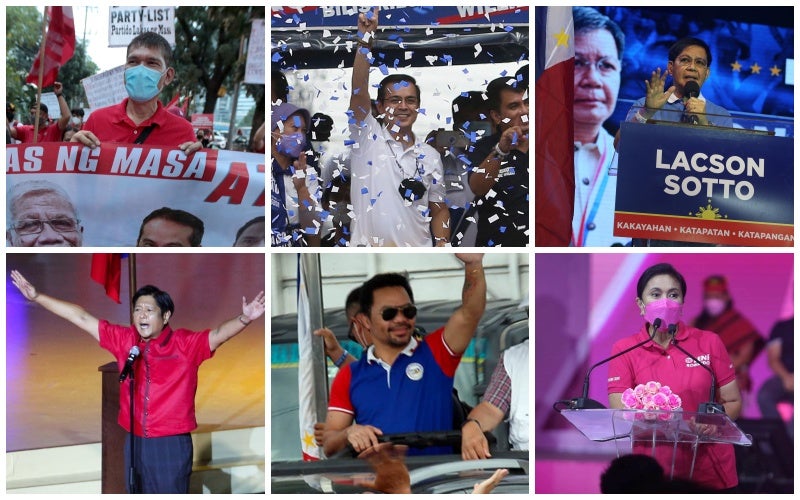 MANILA, Philippines — Of the 10 presidential candidates, six have submitted their written commitments to participate in the PiliPinas Debates organized by the Commission on Elections (Comelec) while three others have committed their attendance verbally.

In a Twitter post Sunday, Comelec spokesperson James Jimenez said the following hopefuls that have committed to attend the debates in writing:

Meanwhile, the following presidential bets have expressed their attendance to the debates verbally:

Robredo spokesperson Barry Gutierrez on Sunday said the Vice President will be submitting her written commitment to attend the debates.

“In the last meeting called by Comelec, we already confirmed the participation of VP Leni in ALL of the Comelec debates, starting with the one on March 19,” said Gutierrez.

“The formal written commitment will be submitted shortly. But to be clear: VP Leni WILL BE THERE for the Comelec debates,” he added.

Meanwhile, former senator Ferdinand “Bongbong” Marcos Jr. has not confirmed his attendance to the Comelec organized debates either verbally or in writing as of March 13, 1:25 p.m.

Earlier, Jimenez said candidates who will decline to attend the PiliPinas Debates will not be allowed to air their electronic rally in the Comelec platform as a consequence.

The first presidential PiliPinas Debate would be held on March 19 at the Sofitel Hotel in Pasay City.

A second presidential debate is slated on April 3.

The national and local elections will be conducted on May 9.