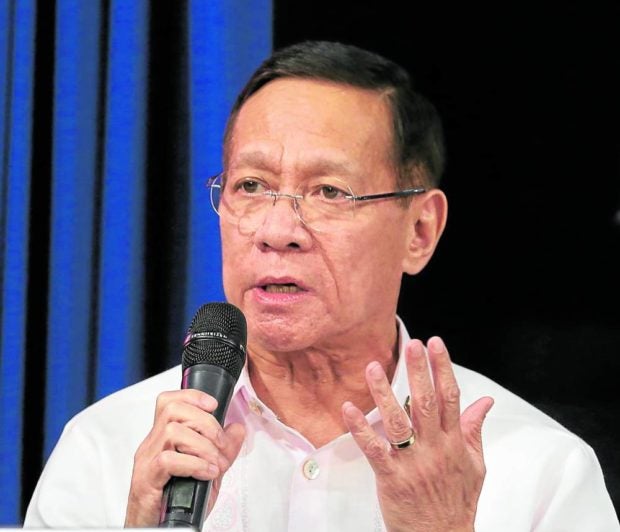 MANILA, Philippines — The government’s pandemic managers would be discussing guidelines for a possible “alert level 0,” which could end most if not all of the health emergency restrictions in the country, according to Health Secretary Francisco Duque III.

With COVID-19 cases in the country continuing to drop under alert level 1, which allows establishments to operate at 100-percent capacity, the restrictions could be relaxed even further, Duque said on Thursday.

The Philippines currently has five alert levels, and Metro Manila and 38 other areas are under alert level 1, which is the least restrictive and is called the “new normal” by the Department of Health (DOH).

“We have had cases below 1,000 for six days, but hopefully we could bring it down to 500 or even less on a daily basis so that we could—who knows—maybe we could deescalate to alert level 0,” Duque said at the Laging Handa briefing.

He said the Inter-Agency Task Force for the Management of Emerging Infectious Diseases (IATF) would still have to discuss the factors that need to be taken into account before moving ahead.

“Among the questions are, under alert level 0, can masks be removed? Can hand hygiene not be followed? Or are ventilations sufficient?” Duque said.

Many questions have to be answered, and members of the expert panel and Technical Advisory Group of the IATF are studying these and are expected to submit their recommendations to the task force in the coming days, he said.

Duque said he liked the idea of declaring alert level 1 on the rest of the country, as proposed by the government’s economic managers, but the IATF would have to determine whether the other areas met the conditions for this.

The four conditions it had set are: low to minimal risk classification caseload; low-risk healthcare utilization rate; full vaccination of 70 percent of the target population; and first dose vaccination of 80 percent of senior citizens.

According to figures from the National COVID-19 Vaccination Dashboard as of March 9, some 6.48 million seniors, out of the estimated 9.8 million Filipinos age 60 and above, have been fully vaccinated while 1.87 million received their booster shot.

The government is seeking to increase its jab rate with the fourth national vaccination drive beginning on Thursday.

It aims to vaccinate 1.8 million individuals, according to Duque, who noted that the government had reached 71 percent of its 90 million target.

Health Undersecretary Myrna Cabotaje said that 64 million, or 58 percent of the 110 million Filipinos, had been fully vaccinated, while 10.7 million had received a booster shot as of March 9.

Duque said the latest vaccination campaign was aimed at administering the second dose on senior citizens and on the 12- to 17-year-old age group, and the booster dose on health workers and economic front-liners.

It would focus on the Bangsamoro, Central Visayas, Soccskargen, and Mimaropa regions, he said.

Cabotaje said the latest inoculation drive was mainly intended for people “who don’t see the urgency [of vaccination] or those with no access” to vaccines.

The mass vaccination is being carried out with assistance from the Philippine Medical Association (PMA), whose members would administer the vaccine in their clinics.

PMA president Benito Atienza said he expected that making vaccines available at doctors’ clinics would encourage more people to get the jab.

Atienza said the vaccination would be done first in Metro Manila, Central Luzon, and Southern Luzon.

It would be extended to other regions next week, he said.

Cabotaje also said the government may administer booster shots on children and teens six to nine months after their primary vaccine doses.

There is still no recommendation for a booster for those below 18 years old, but the DOH is considering this as experts continue to study the waning protection of vaccines and breakthrough infections in this age group, she said. —WITH REPORTS FROM KATHLEEN DE VILLA AND INQUIRER RESEARCH