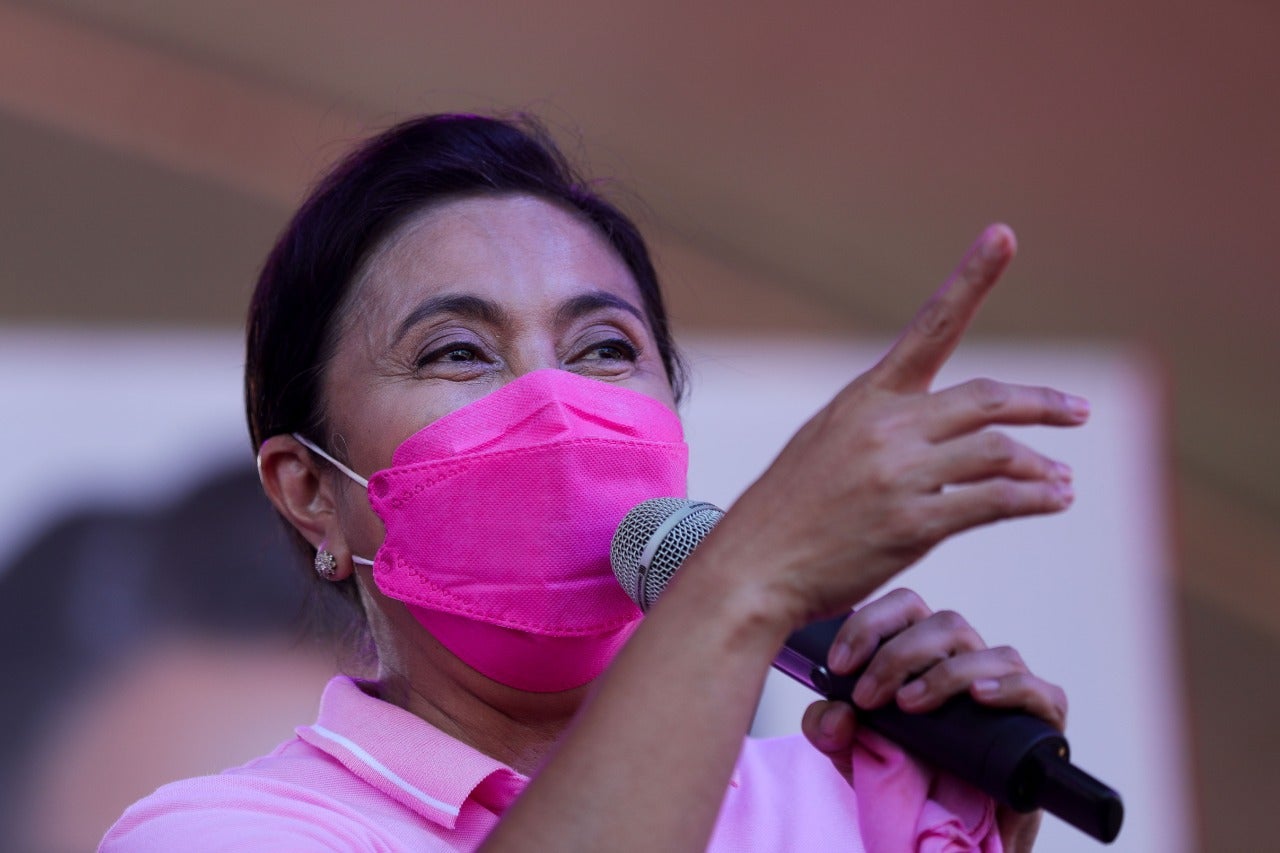 MANILA, Philippines — Vice President Leni Robredo is excited at the thought of campaigning in Northern Luzon, saying she now enjoys strong support from the northern provinces compared to the 2016 national elections.

However, the Vice President admitted on Thursday that there is a need to exert more effort as her campaign team visits the provinces of Cagayan and Isabela over the weekend. Both provinces are considered bailiwicks of her opponent, former senator Ferdinand “Bongbong” Marcos.

(In 2016 when we visited the North, it was suicidal in the sense that you do not even know if somebody would meet you.  But now it’s different, the volunteers are so active months before our visit, so I am actually excited to go, knowing that some have shown strength despite the difficulties.)

Robredo is referring to the support given by volunteer groups and people’s campaign members across the country, including those in Isabela and in the Ilocos region.  During the start of the official campaign season last February 8, some 13 groups led by local chapters of the Robredo People’s Council and opposition coalition 1Sambayan came out to express support for her presidential candidacy.

Robredo said this kind of support was not present in 2016, when she narrowly edged Marcos in the vice presidential race.

(They may not approximate the numbers of the other camp, but I didn’t have this before.  So now, I am more confident in visiting knowing that when we arrive somebody would host us.  This was not available to us in 2016, and we are fully aware about what they are doing, and how the numbers have increased.)

(We know that for example, the areas I would visit on Saturday, Cagayan and Isabela.  We know that in Isabela there has been some controversy about the removal of campaign materials, and how our volunteers stood up against these actions.)

In 2016, during her vice presidential campaign, Robredo’s sorties in Northern Luzon were described as “low-key,” as Ilocos Norte remained part of a so-called “Solid North” vote for Marcos.

Results were even more lopsided in the Ilocos Region with Marcos getting 1.764 million votes, and Robredo only getting 297,000.

Senator Panfilo Lacson earlier said it appears that there is no “Solid North” for Marcos. He said he did not feel it when he visited Pangasinan and Baguio City.

Robredo in a past interview said the votes she got in the Ilocos Region were crucial as she only away from Marcos by around 260,000 votes.

(I really got a small percentage of votes from Region 1 but I am not regretting that I visited the area, because the vote that I got was actually how much I led during the last elections.  The lesson behind this exercise is that no effort and time would be considered wasted if you love what you are doing.)

Robredo only got a 16 percent voter preference in the same survey.