Bongbong Marcos was watching ‘Ant Man’ when he decided to run for president, says wife 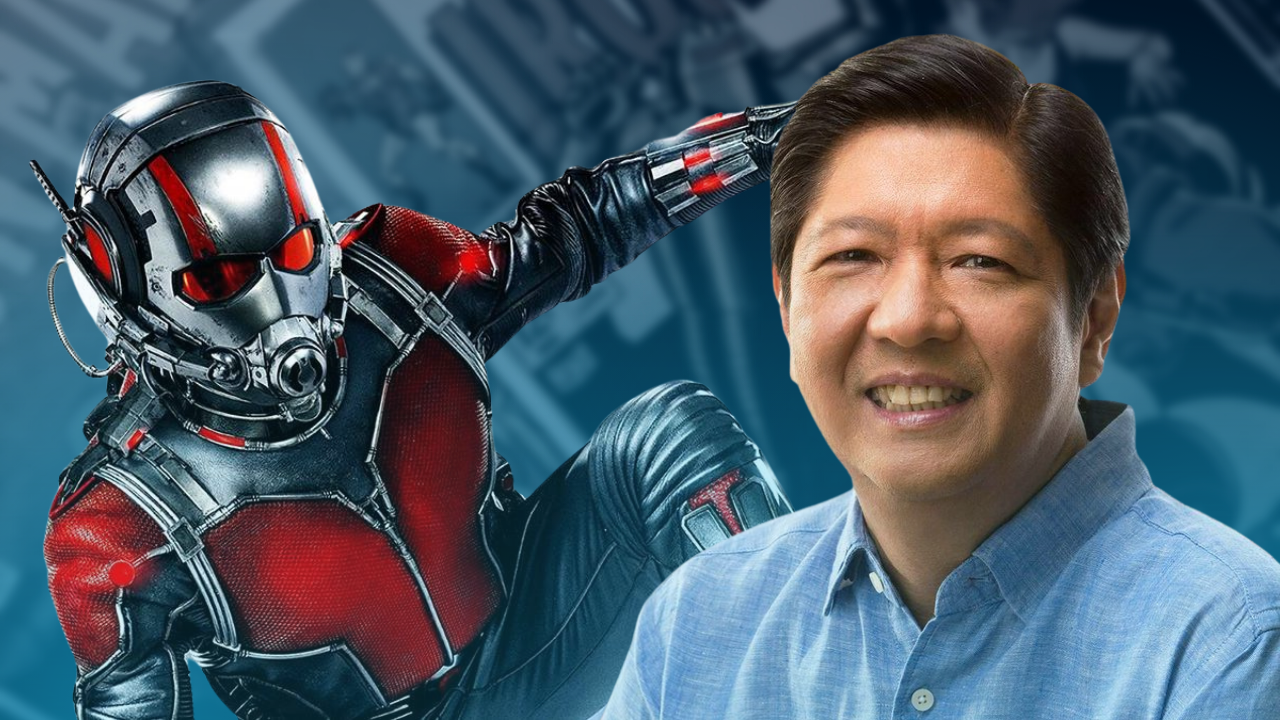 Liza Araneta-Marcos, the former senator’s wife, revealed this in an interview with TV personality Boy Abunda for a vlog posted Wednesday night.

“You know, six months ago, he wasn’t yet sure what to do, he had no party. And then one day, we were watching ‘Ant-Man’ in the room, because we love Marvel movies, and then he looked at me and he goes, ‘Okay, we’re gonna do this,’ he told me,” Liza said.

“Also, I didn’t want him to get hurt because you know in 2016, when he lost [in the vice presidential elections], it was really a painful experience for him and he was like, ‘wow, what happened?’,” Liza said.

“You see this groundswell and poof, you lost, and that’s everyday campaigning. So it’s really painful. It was a painful experience,” she added.

Asked if she discouraged her husband from seeking the presidency, Liza said: “It’s his decision. I didn’t encourage, but I didn’t discourage.”

Bongbong is vying for the presidency with his running mate, vice presidential candidate and Davao City Mayor Inday Sara Duterte-Carpio.

Marcos is the son of former president Ferdinand Marcos Sr. who was ousted in 1986.