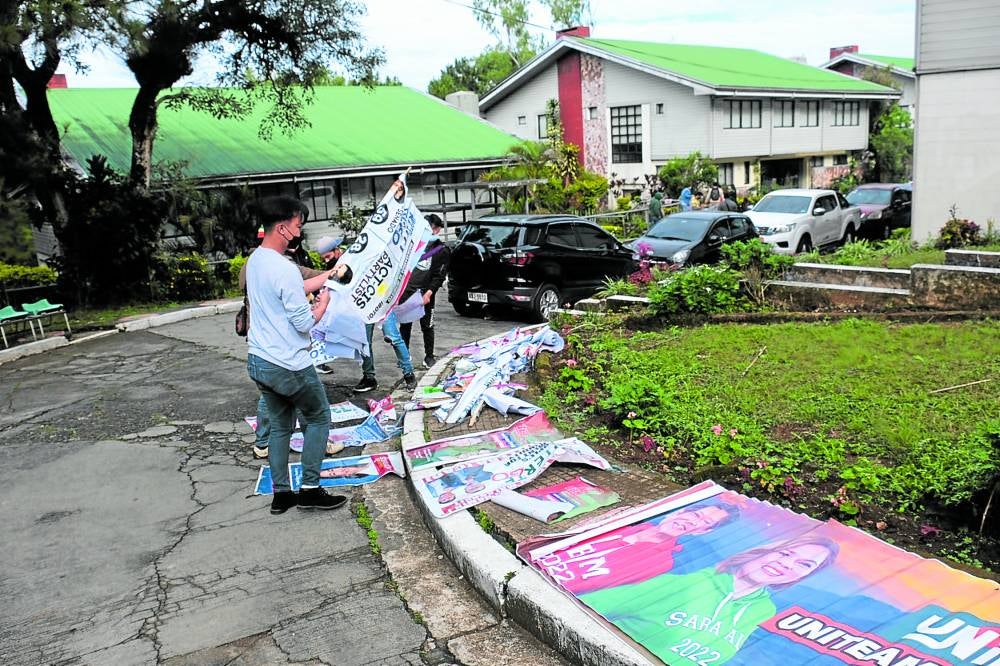 TAKEN DOWN Campaign posters dismantled by members of the government’s “Oplan Baklas” team in a Feb. 19 operation are collected at the Commission on Elections’ compound in Baguio City. —NEIL CLARK ONGCHANGCO

Garcia pointed out that the Commission cannot take action on posters in private properties following the temporary restraining order (TRO) issued by the Supreme Court (SC) against the poll body’s “Operation Baklas” or the removal of illegal campaign materials.

“We will respect private materials in private [properties] that are covered by the TRO,” Garcia said in an ambush interview in the Comelec office, stressing that the poll body will comply with the TRO until the High Court issues a clarification on the matter.

“In the meantime, we will have to abide definitely with the Supreme Court’s restraining order,” he added.

Garcia, a veteran election lawyer, said he thinks campaign posters posted in private properties should be outside of the Comelec’s regulation.

Comelec Resolution No. 10730 provides for common poster areas where election propaganda materials can be installed. Posters and tarpaulins may also be posted in private properties as long as there is consent from the owner.

The same Comelec resolution also set the allowable measurement for posters. The resolution stated that a violation of the campaign material requirements shall be “stopped, confiscated, removed, destroyed or torn down by Comelec representatives at the expense of the candidate or political party.”

Property owners who are supporters of presidential candidate Vice President Leni Robredo earlier took their case before the SC against “Oplan Baklas” after Comelec personnel, accompanied by the police, removed election materials posted in private property.