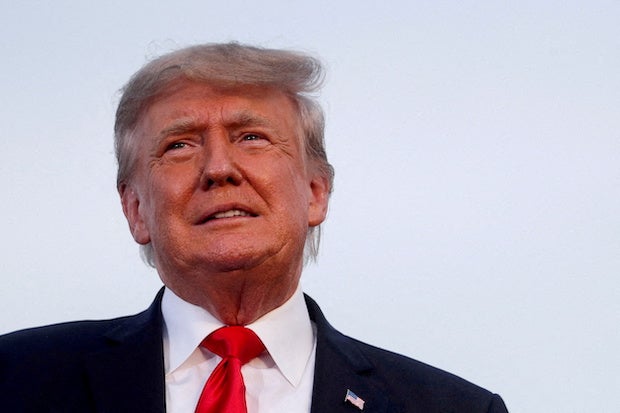 WASHINGTON = A plane carrying former U.S. President Donald Trump made an emergency landing in New Orleans on Saturday evening after experiencing engine failure over the Gulf of Mexico, a source familiar with the matter confirmed on Wednesday.

The plane, a Dassault Falcon 900, had gone about 75 miles from a New Orleans airport before turning back to the city, the person said. Other passengers included Secret Service agents, support staff and some of Trump’s advisers.

A Trump representative did not immediately return a request for comment on the incident.

The plane was returning Trump to his home in Palm Beach, Florida, from a New Orleans hotel where he was speaking to Republican Party donors at a private event, the person said.

The plane belonged to a donor who loaned it to the former president for the evening, the source said, and Trump advisers secured another donor’s plane to take him back to Florida.

The incident was first reported on Wednesday by Politico and the Washington Post.